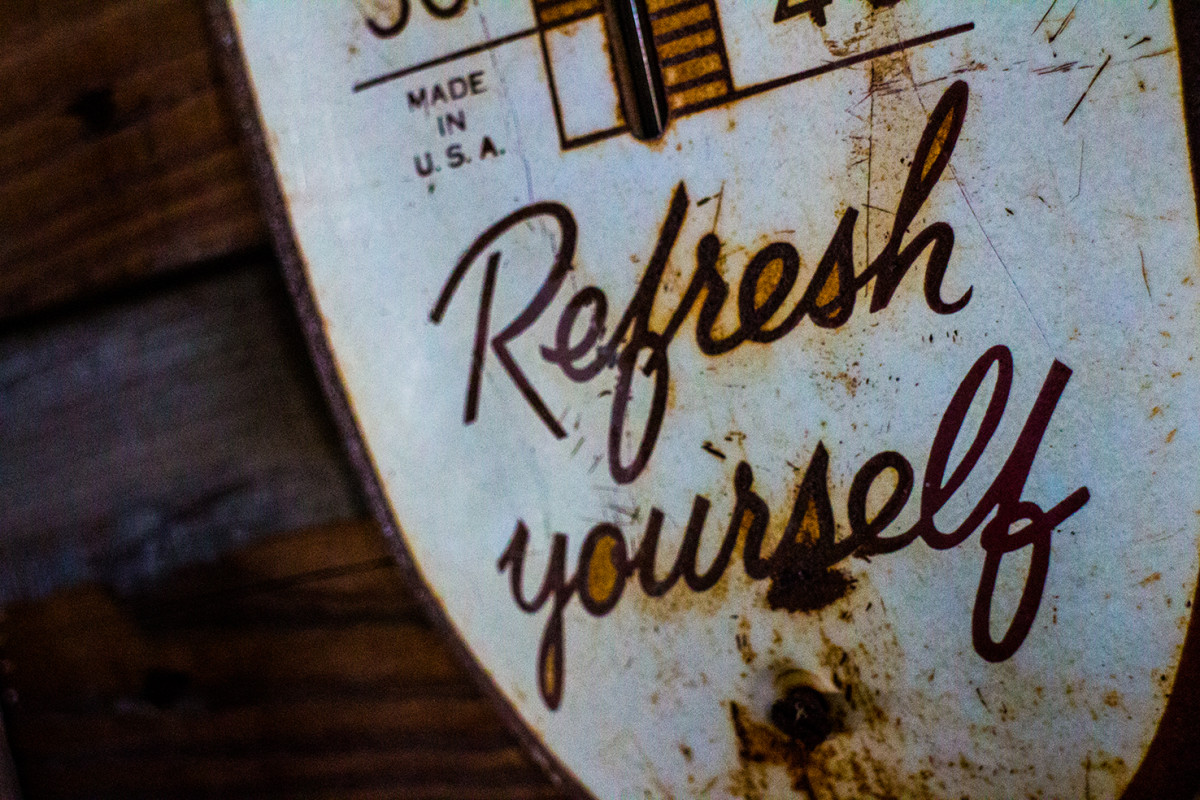 The sides of the road sparkle in Texas, they’re lined with broken glass from beer bottles that have been launched from the driver’s seat. Seems like drink-driving is the state sport, and if you’re caught with an open container you’re disqualified, so out the window it goes. It’s funny how it never seems to be good beer either, it’s always Bud Light. Same goes for Red Bull and Monster, they seem to end up roadside, says it all really.

Riding into Texas presented us with a big sign that read ‘Drive Friendly – The Texas Way’. I suppose I’d find out whether that was true or not. 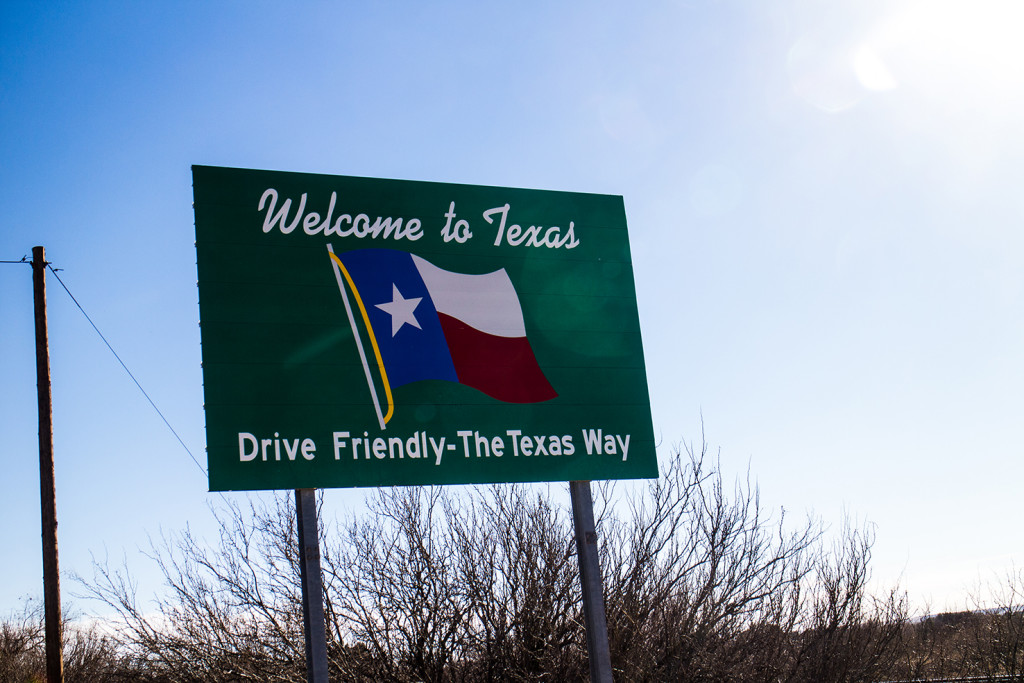 We all stayed with Kirsty and Erin, our WarmShowers hosts in El Paso on the first night. They were lovely girls, who seem to get all the Southern Tier riders on their first or last day in Texas, depending on their direction. They also had a little dog called Penny, who had a cracking little shirt that apparently made her less anxious, a concept that made me giggle a little more than it should’ve. 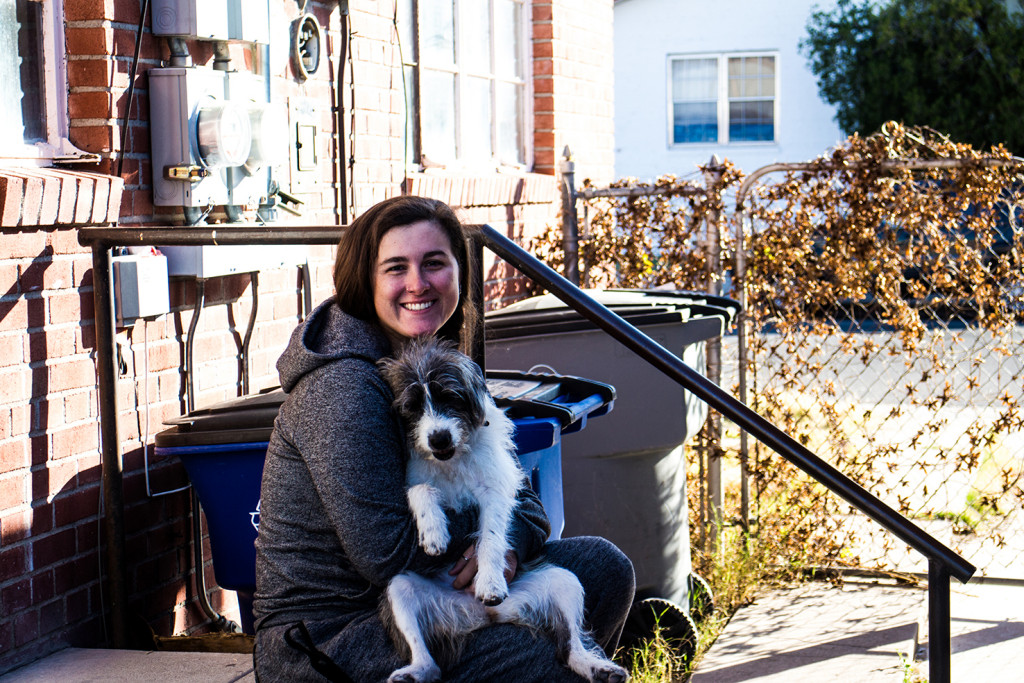 On the way out I said goodbye to Russell and Emily, they were going at a more leisurely ‘couples’ pace than I’m used to, as I rode into a lot of sun and headwind, which over a couple of days turned into a hell of a lot of cloud and an extreme amount of headwind. I managed to get to Van Horn after one of the shittest days of riding I’ve ever had before throwing in the towel and hiding in a motel for a day while a storm passed through. I’m not kidding, the wind was so strong it had me going at seven kilometres an hour whilst occasionally pushing me off sideways. I like riding in deserts, but when they’re not playing nice they can throw some horrible shit at you. 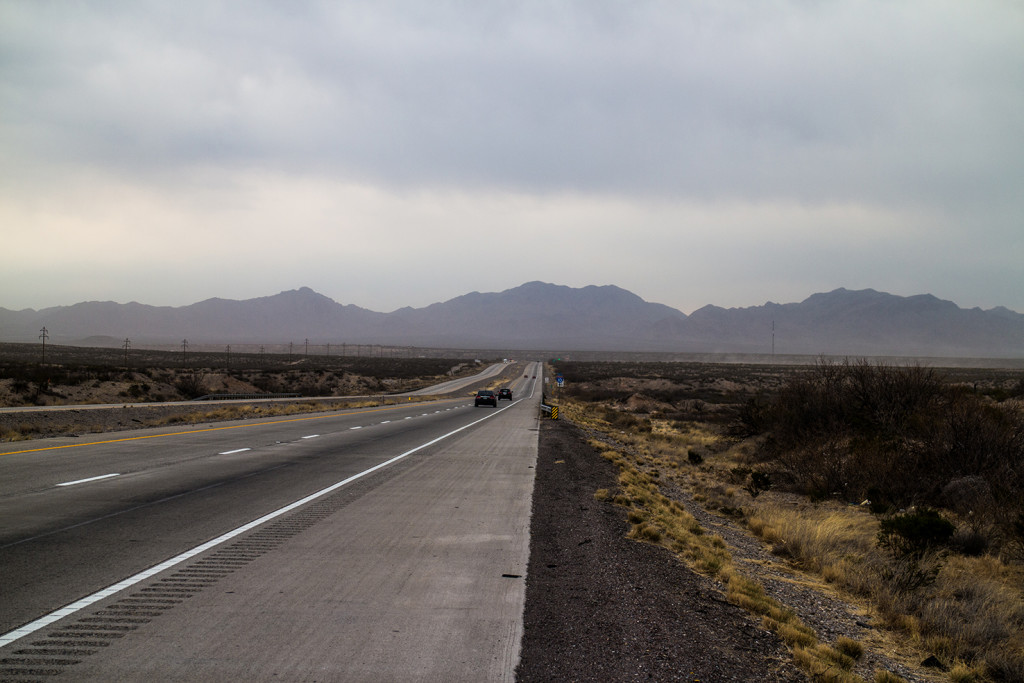 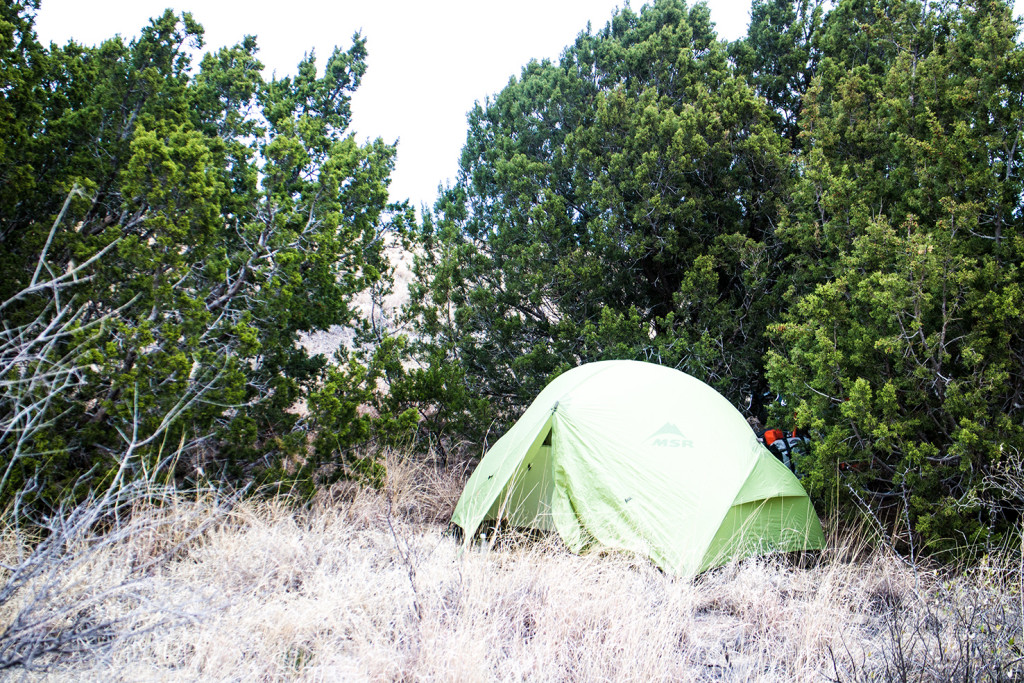 The only cover from wind I saw for an entire day.

There’s not really much to report on west Texas other than a hell of a lot of interstate riding, lots of wind, sparse desert and some oil fields that had some signs saying ‘Danger – Poisonous Gas’, which is exactly what you want to read as you’re cycling past sucking lungfuls of air in. 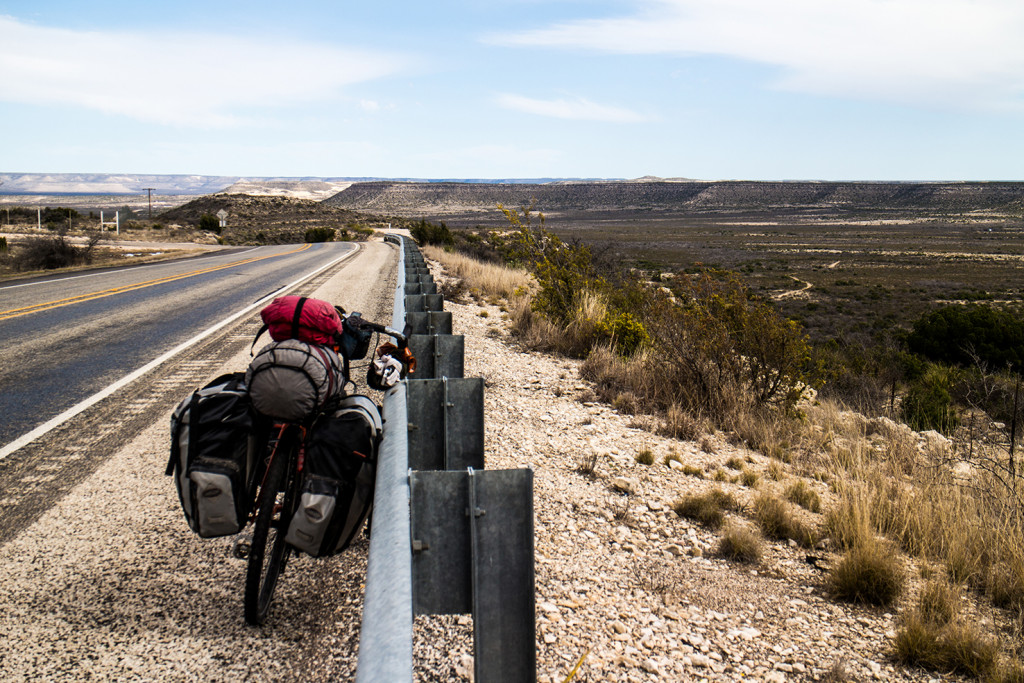 How long can I hold my breath? 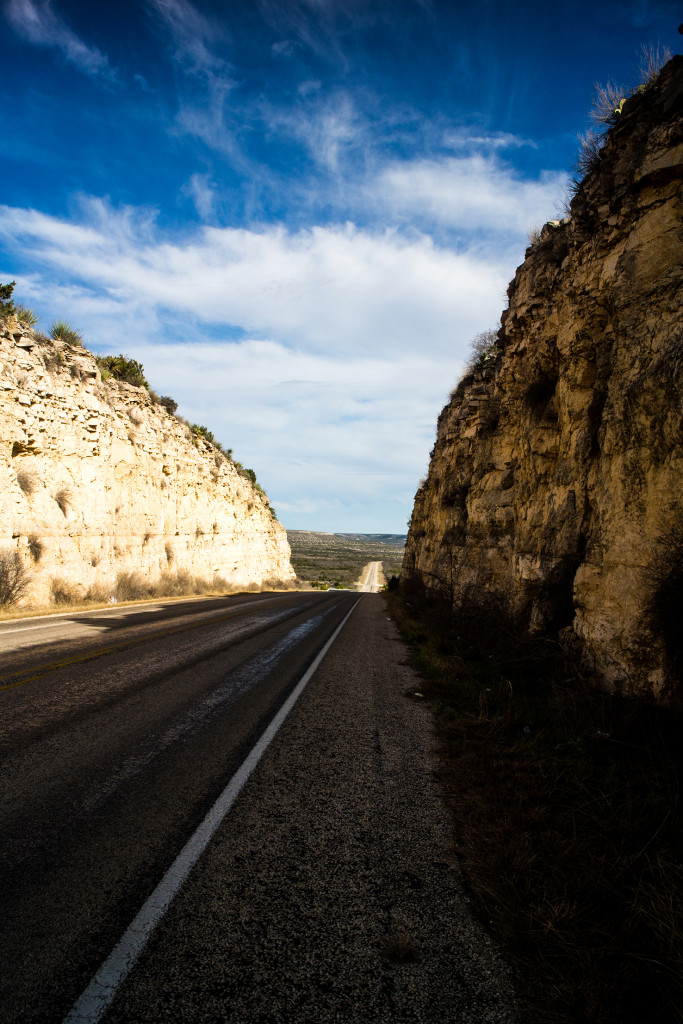 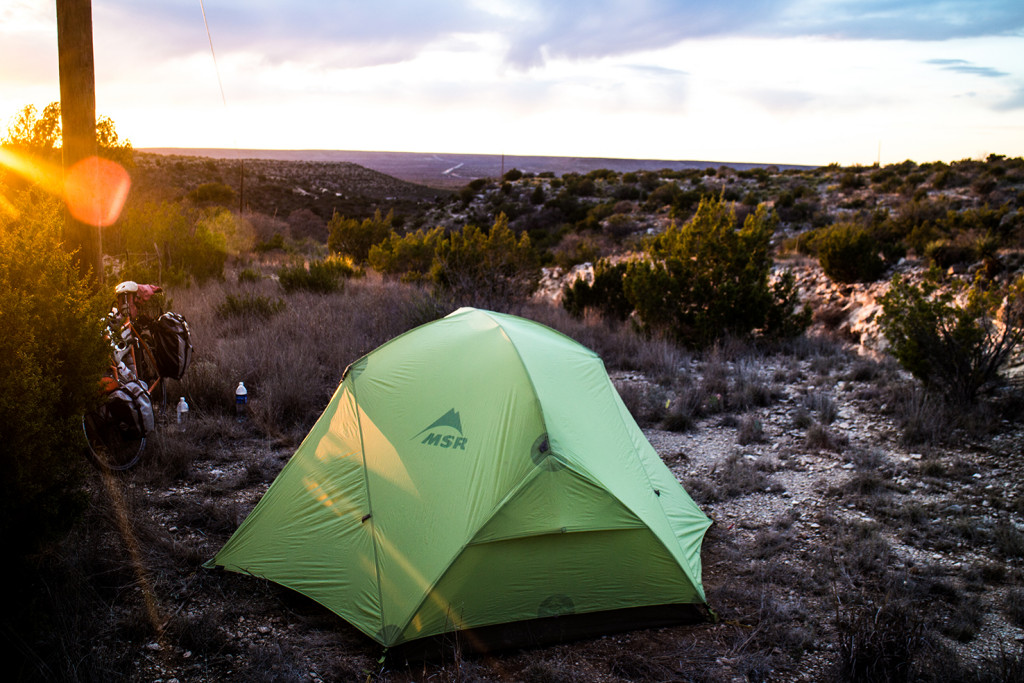 Texas should be split into two states. It’s massive. Not only that there’s a definite divide where the Hill Country starts and the whole thing springs to life again. Seeing water and some change in landscape is a welcome sight, even if it means that it’s harder to spot a decent space to camp. 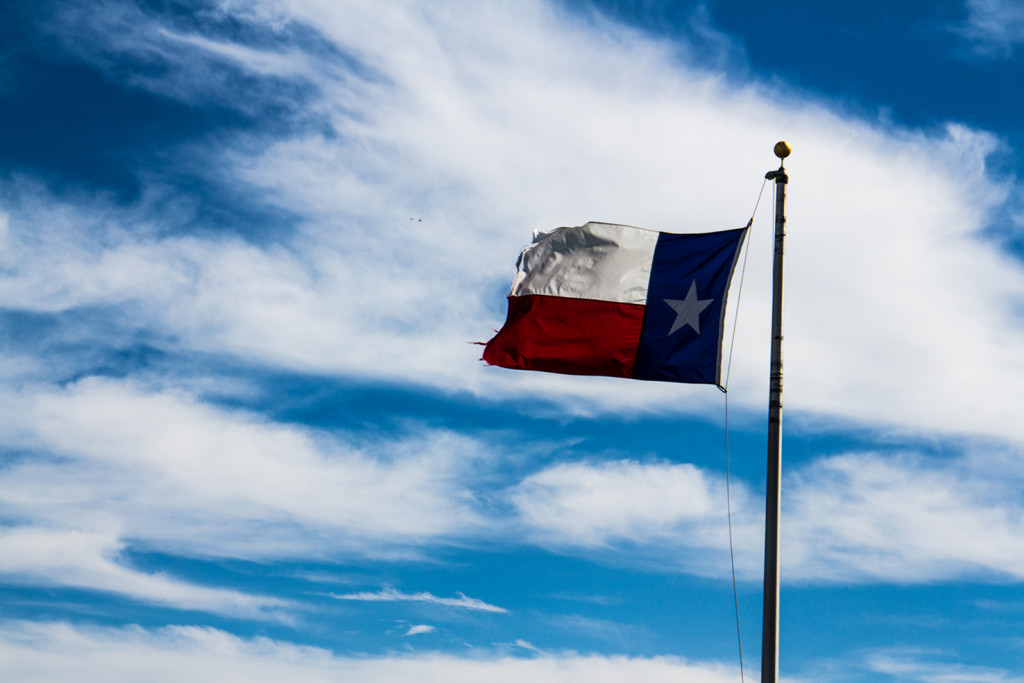 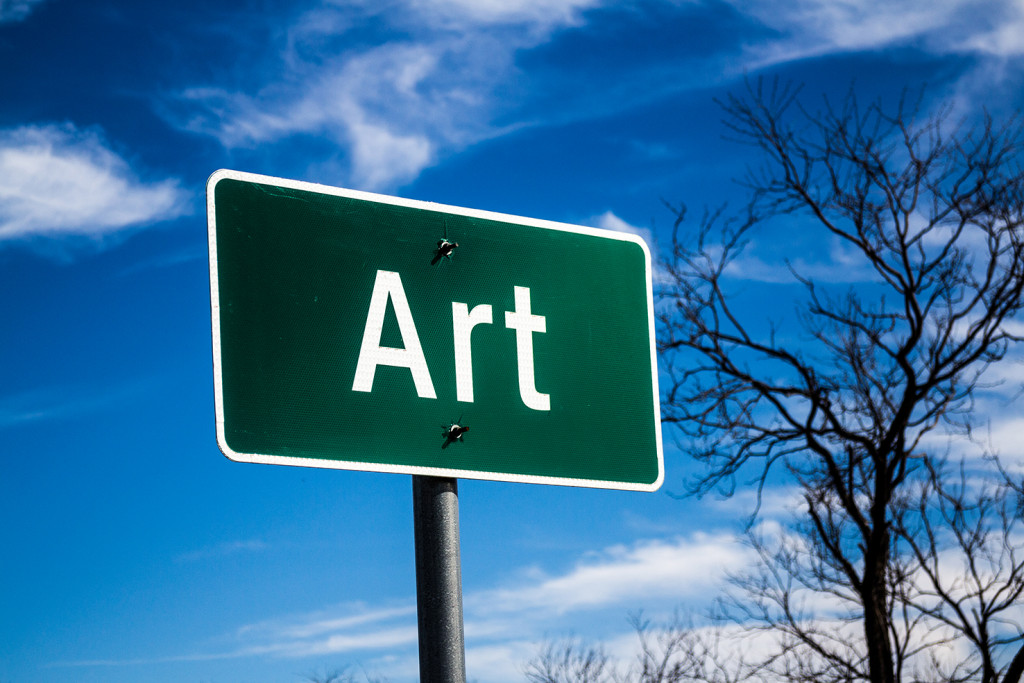 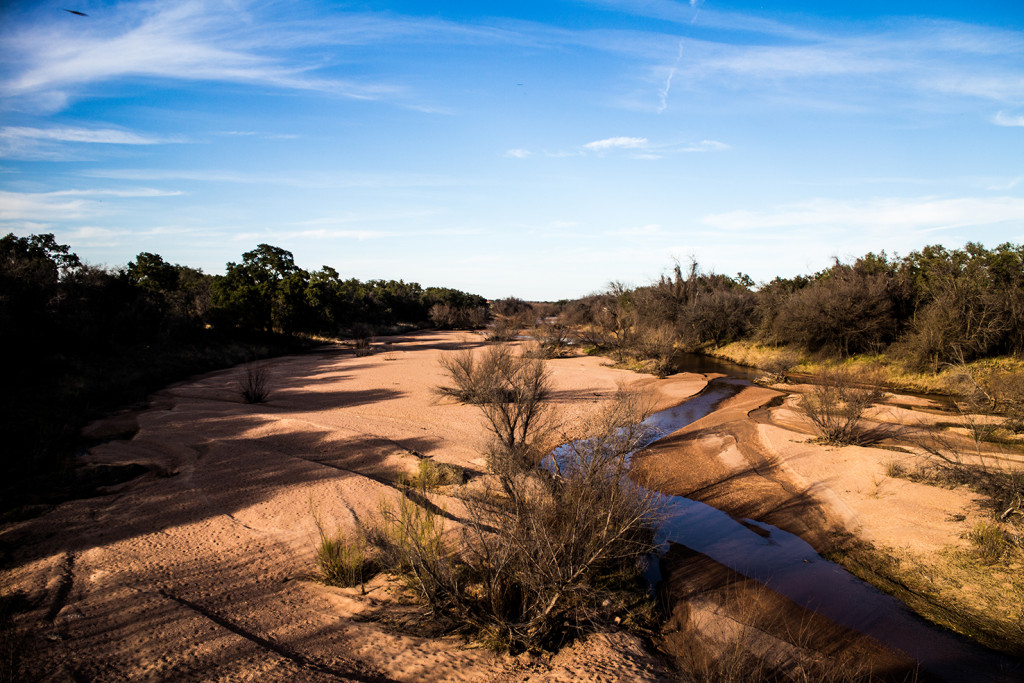 Lovely spot for camping, bollocks to chucking the juggernaut over a 6ft fence.

There’s a lot of fences in Texas. There’s a lot of fences in America. The guy who makes the ‘POSTED – No Trespassing’ signs must be a pretty rich bloke. My first rule for wild camping is to never jump a fence, partly because the Buggernaut weighs so much, and partly because if you get caught you’re already off on the wrong foot. Some people say it’s easier to beg for forgiveness than ask for permission, but in this country they have guns, and I’d rather not beg for forgiveness down the barrel of a gun. 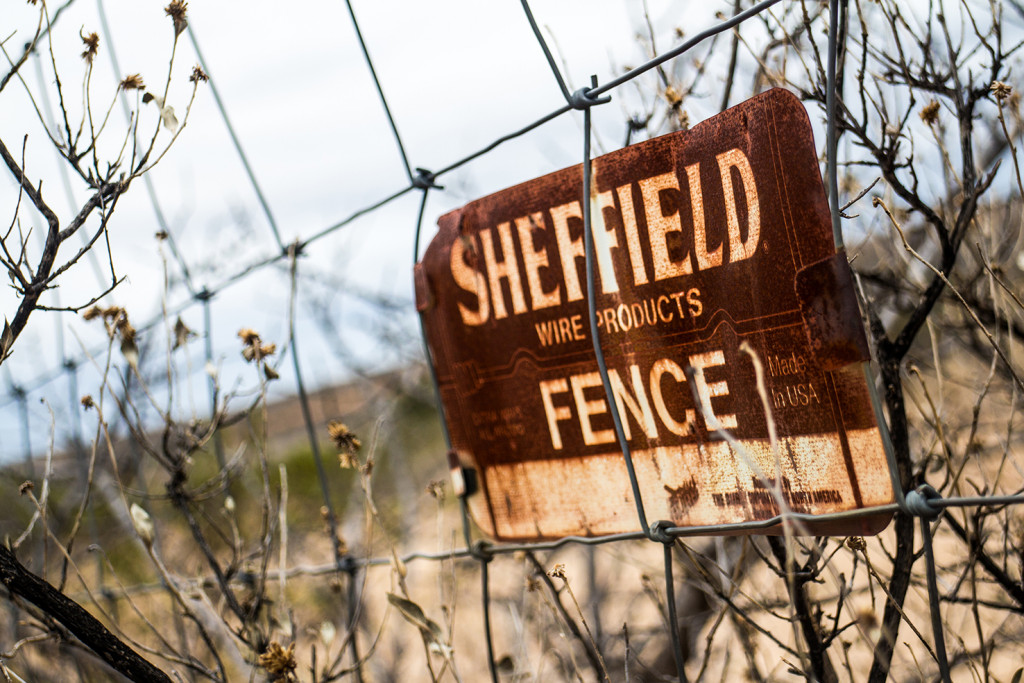 Best fences in the world. 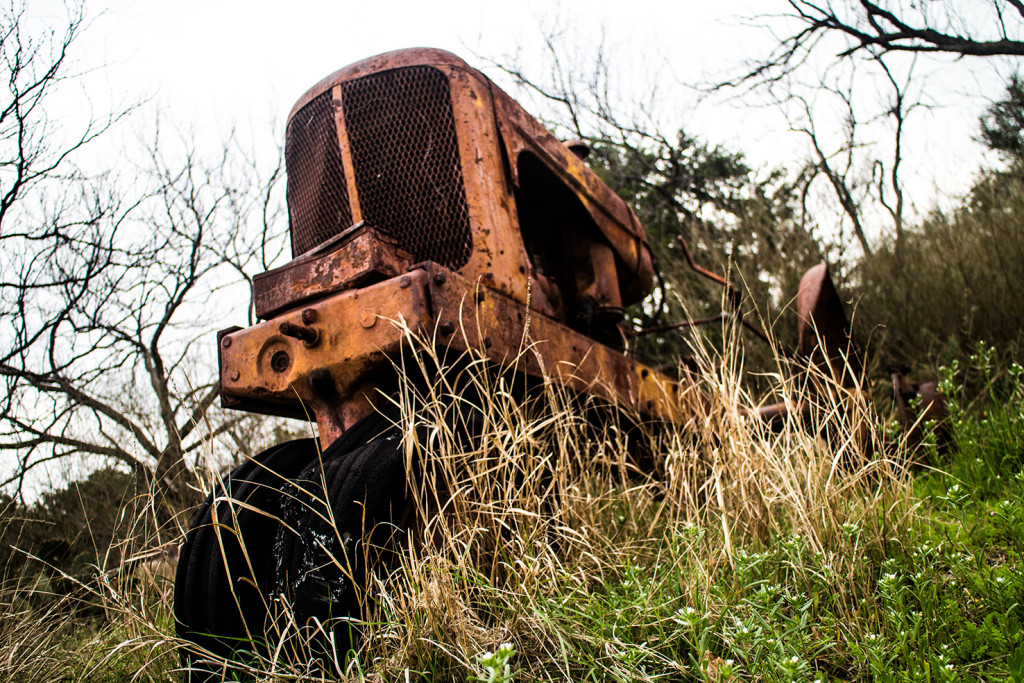 Could use a lick of paint.

Remember Adam? We rode across Georgia together. He starred in such memorable stories such as; ‘Dimi pulled a gun out and shot it right next to us’ and ‘Adam got scared in the night and let out the loudest, high-pitched scream I’ve ever heard’. 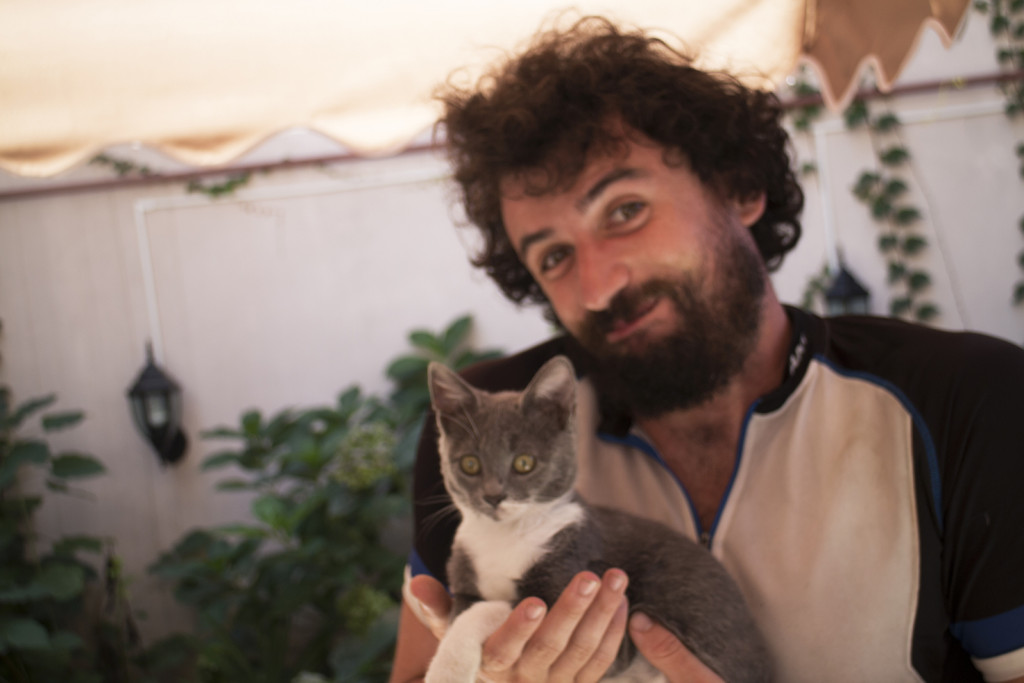 This is Adam and the hostel kitty.

Well he lives in Marble Falls, Texas now, so we hung out for a few days, drank, ate barbecue, and reminisced about cycling days of yore. It’s nice to know he’s doing alright, and it’s even nicer to see he’s grown an exceptional moustache. 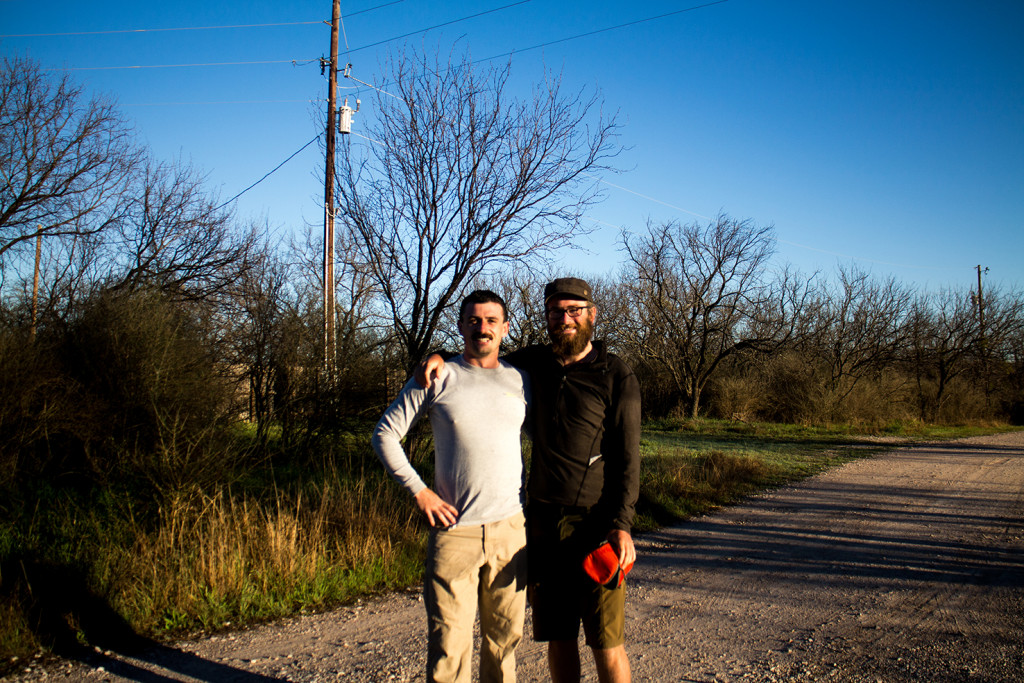 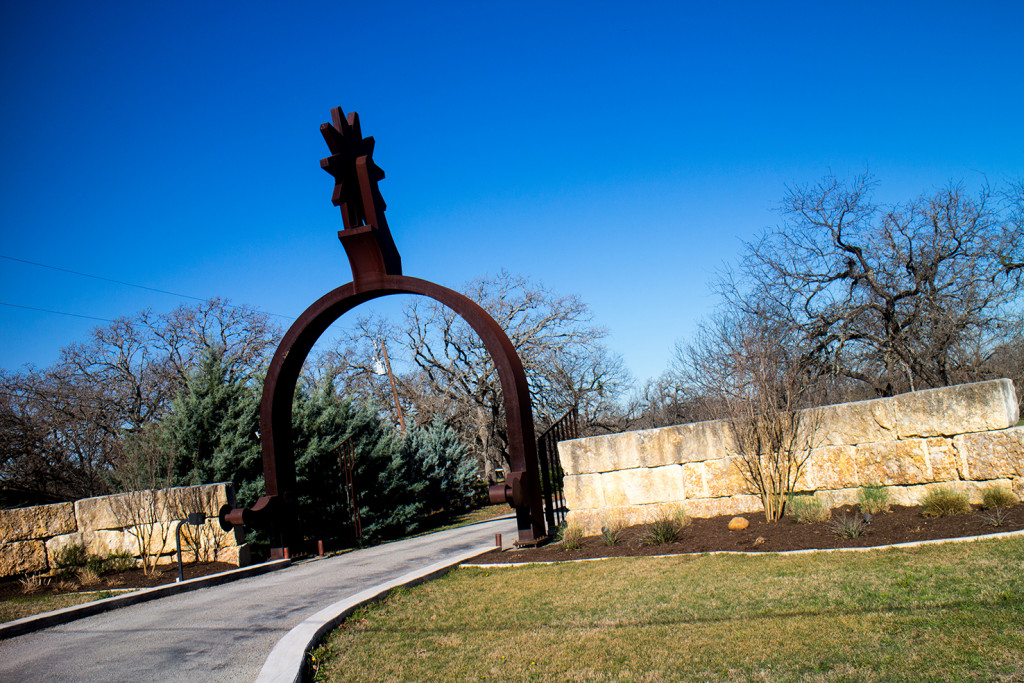 He lives under the world’s largest spur.

After a few days with Adam it was a short punt into Austin to check out Texas’ blue city. A few days earlier I’d met a redneck at a gas station who used the old ‘speck of blue in an ocean of red’ metaphor, albeit in a negative manner. He also told me to ‘keep your ass against the wall ’cause it’s full of lib-tards.’ Lovely bloke.

It’s a nice ride into Austin, following a river all the way in. It’s an awful ride from Austin to the motel I’d booked, following the Interstate north, because I’m far too cheap to pay downtown prices. 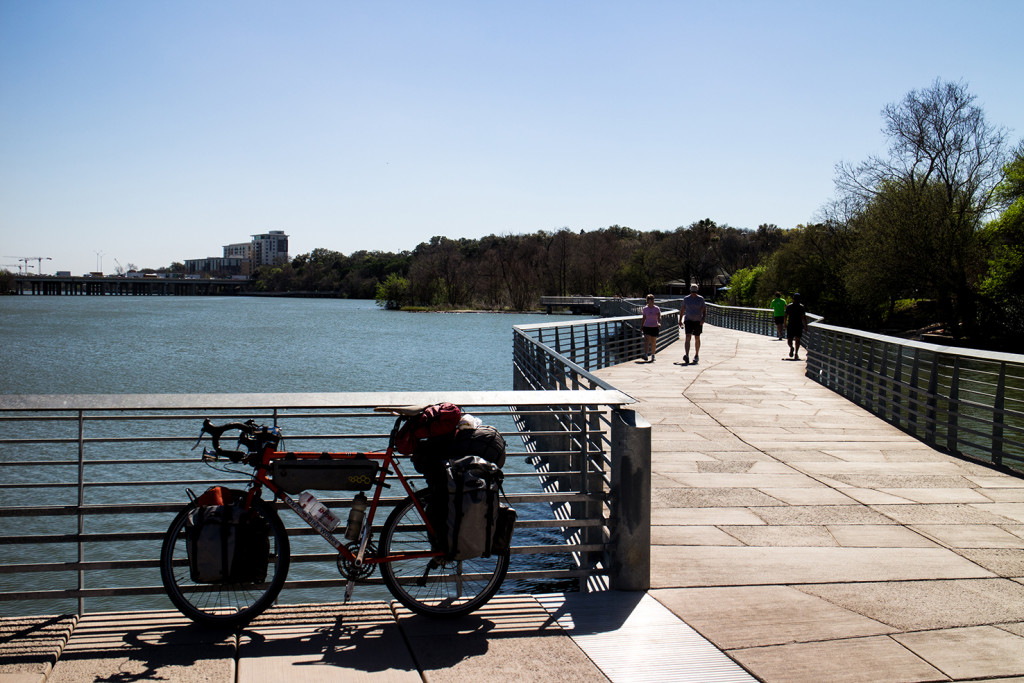 I didn’t really get chance to ponder around Austin as much as I’d wanted; I had a To-Do list comprising of hunting down a new Thermarest valve and picking up some new tubes which bit a big chunk of spare time out of my day off. I managed to squeeze in a few fancy high-power ales though, and I’ll say one thing about American beer — they still haven’t perfected a nice light session ale, have they? It’s all 6-9% hop-your-bollocks-off I.P.A. It’s a marathon, not a sprint. They’ll never learn…

Now I was in East Texas things started to liven up a bit. There were some decent (but expensive) State Parks to camp in, like Bastrop Forest, which was more of half a forest now since they had a big old fire a few years back. 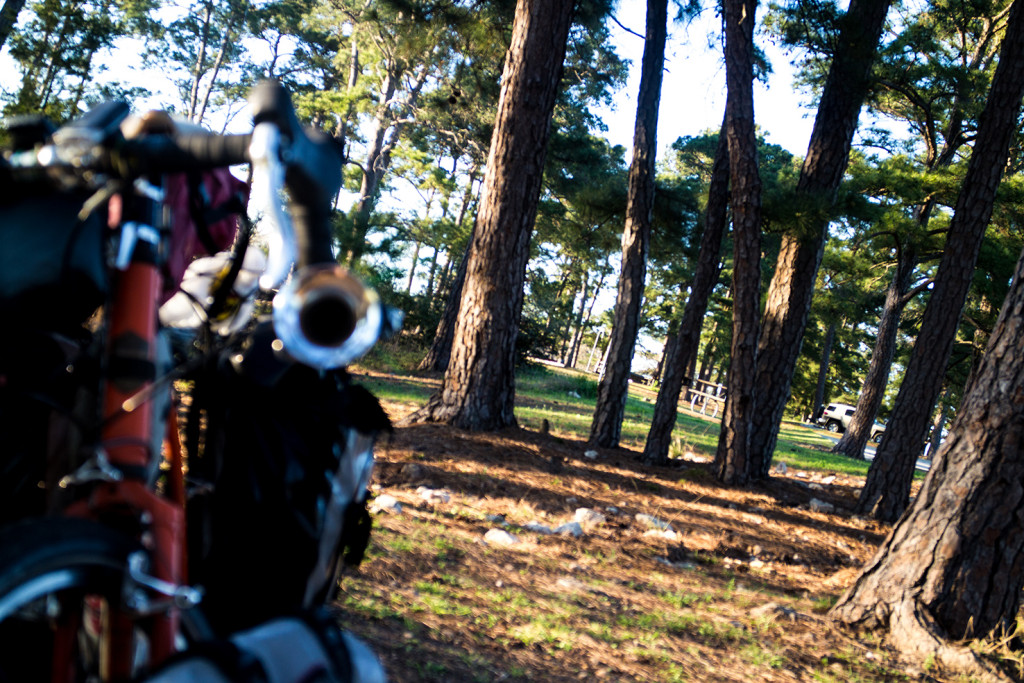 Should forests be expensive? Discuss. 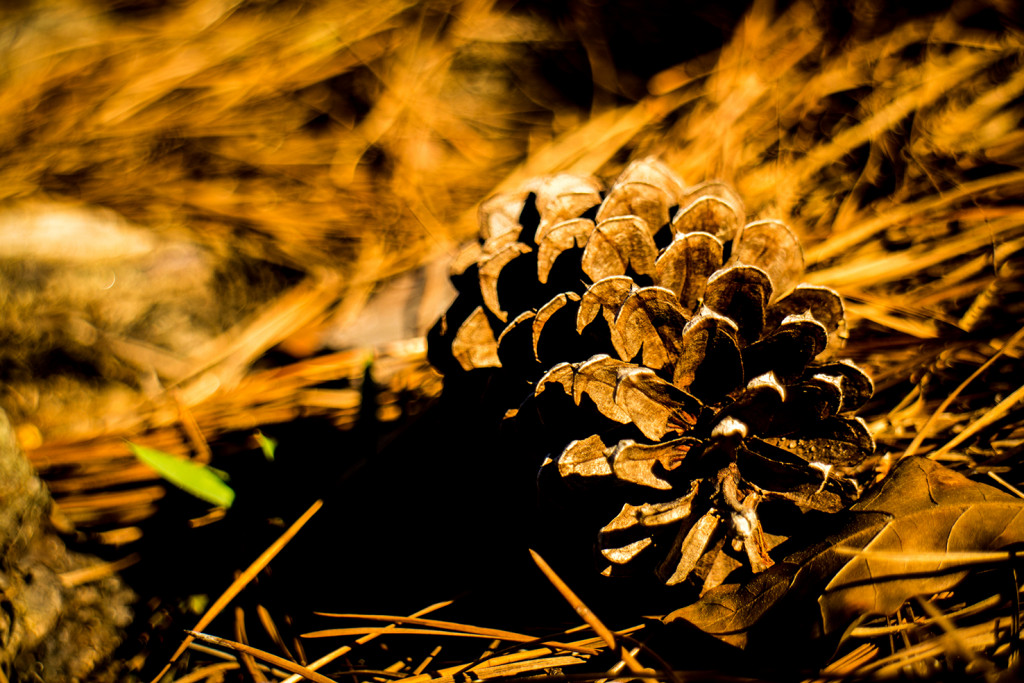 After a day of biking on the dirtroads of Bastrop Park I stayed on a farm out in the middle of nowhere with a little old lady called Carol Montgomery. Carol’s bunkhouse above her barn is a bit of a cycle touring institution, if you’re riding the Southern Tier, you have to go. She’s hosted 700+ people over the years, that’s right, seven hundred. Next-level hospitality. She’d told me she wouldn’t be in when I’d arrive so I was tasked with finding the right barn and letting myself in. Being in the middle of Texas I was pretty relieved when I pondered up the creaky wooden stairs to find a touring cyclists hostel upstairs. 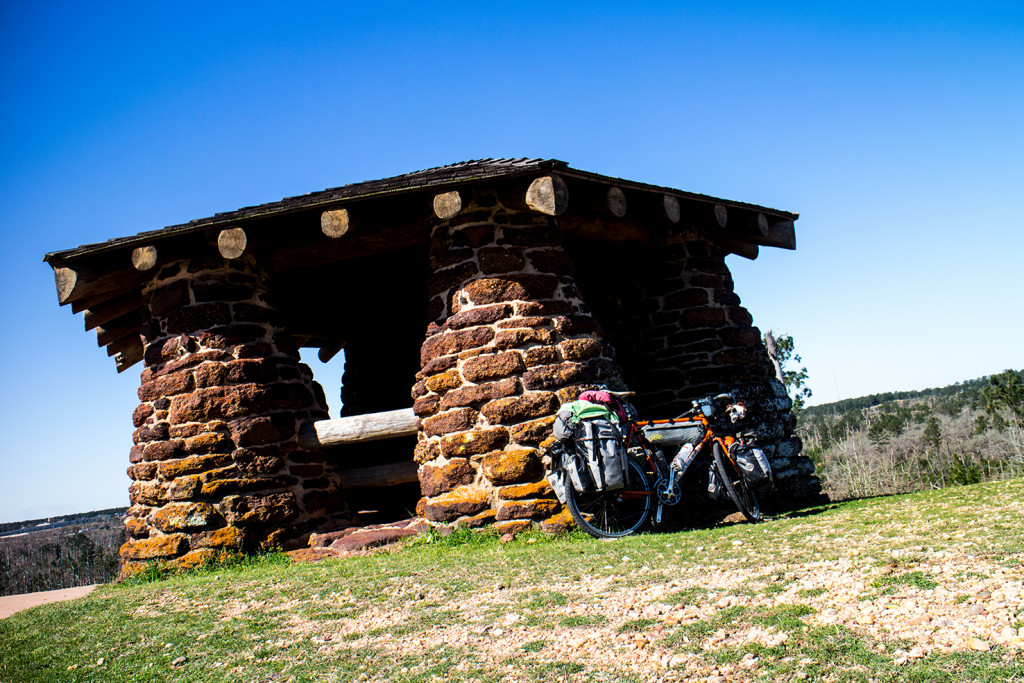 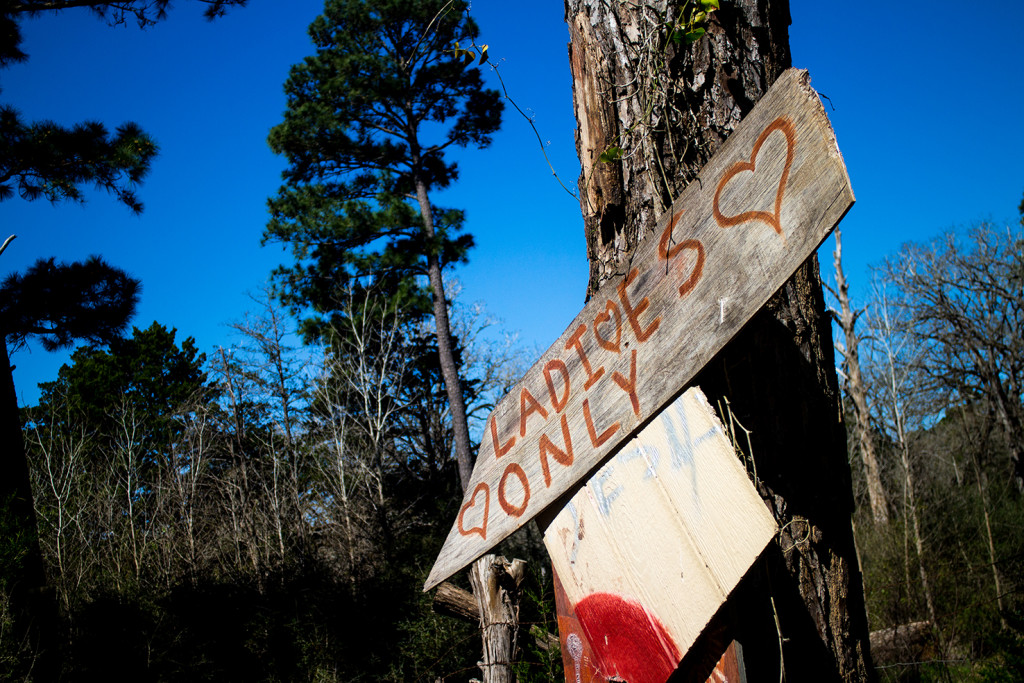 Found this guy down a dirt road 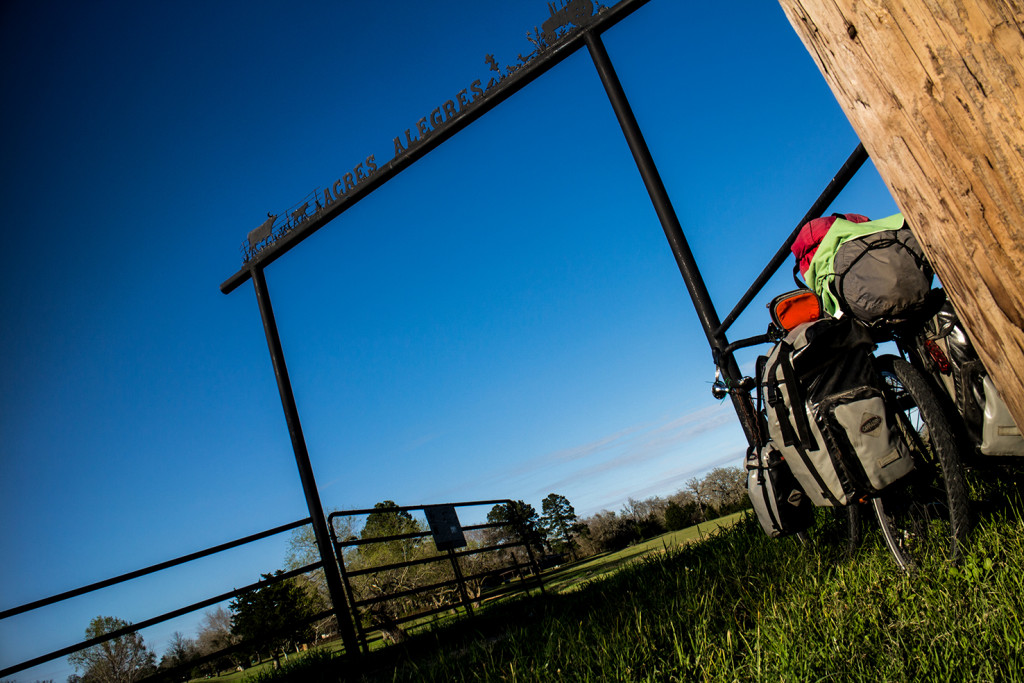 The entrance to Carol’s farm 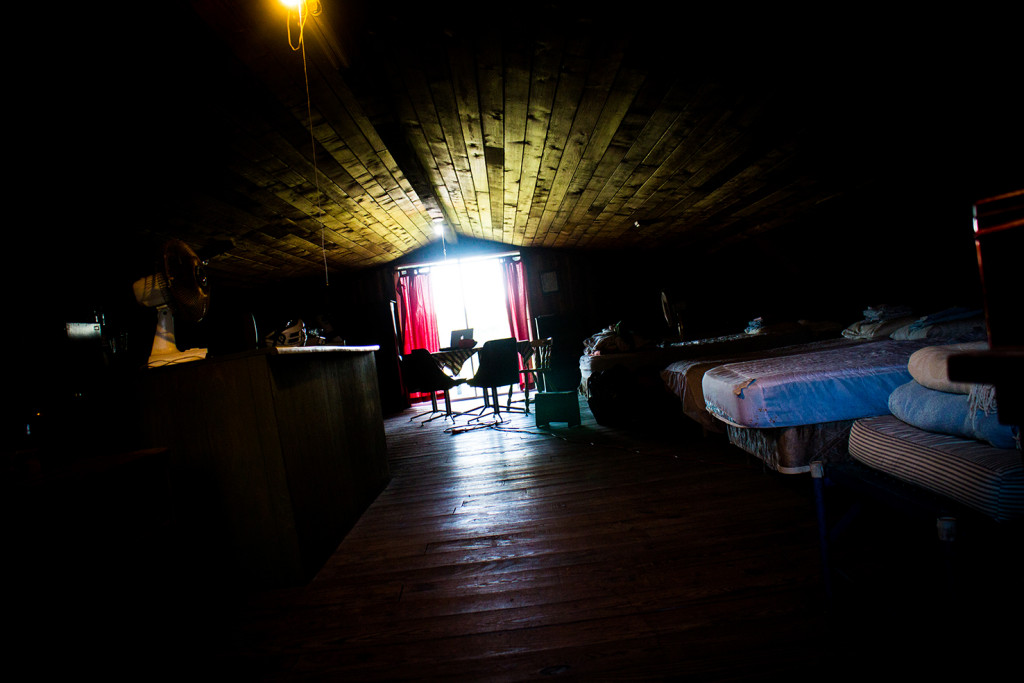 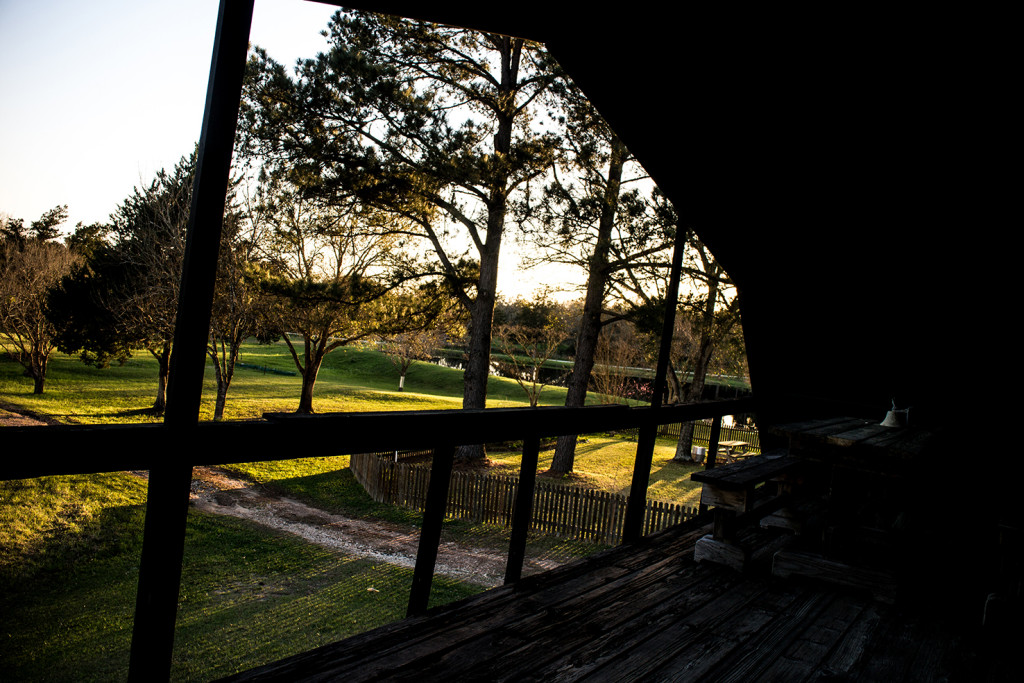 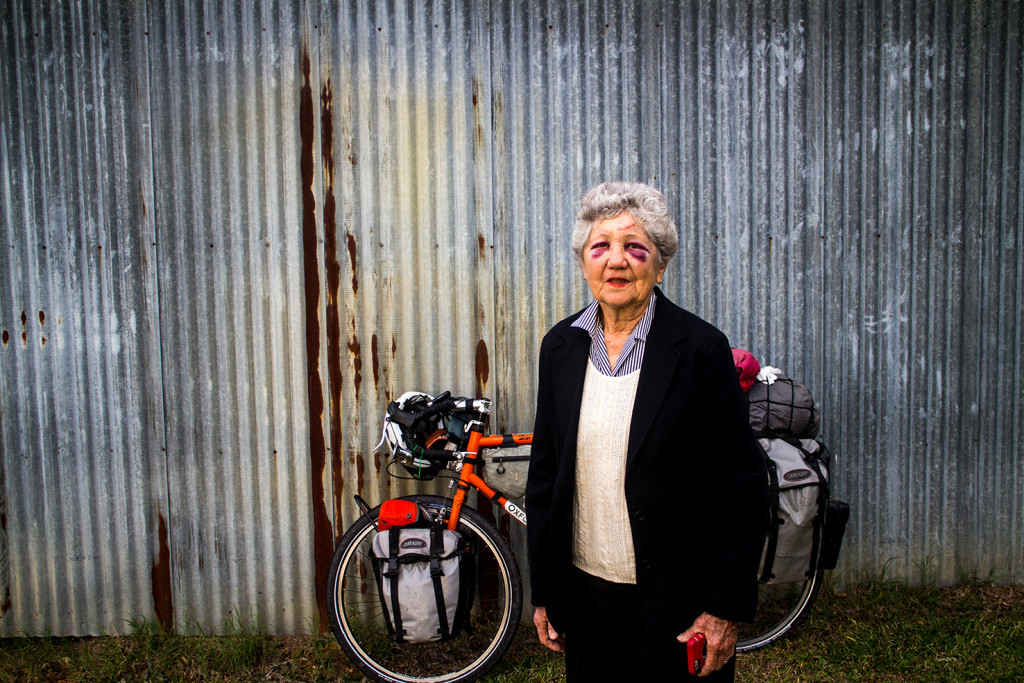 This is Carol. She didn’t want her photo taken as she’d taken a spill the day before, but I only had one chance.

The closer to Louisiana I got, the more the humidity rose, which for me is one of the worst types of weather to ride in. I had a couple of nights at Lake Conroe and Lake Livingstone which almost gave me flashbacks of Japan, sitting stark bollock naked in a tent with sweat dripping off my nose. 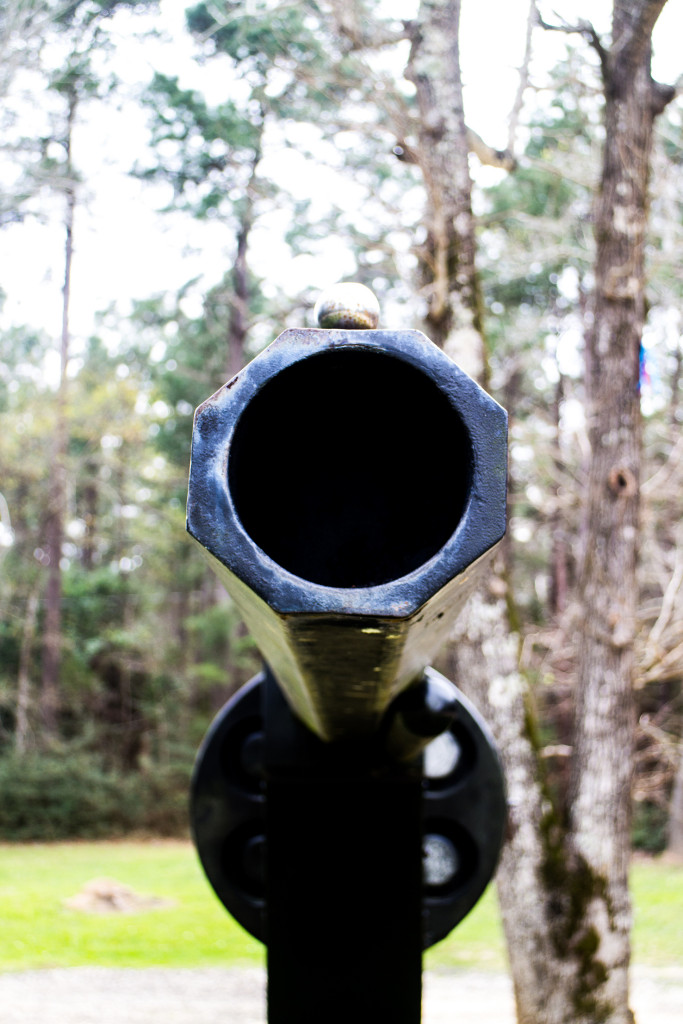 Biggest gun I ever did see. 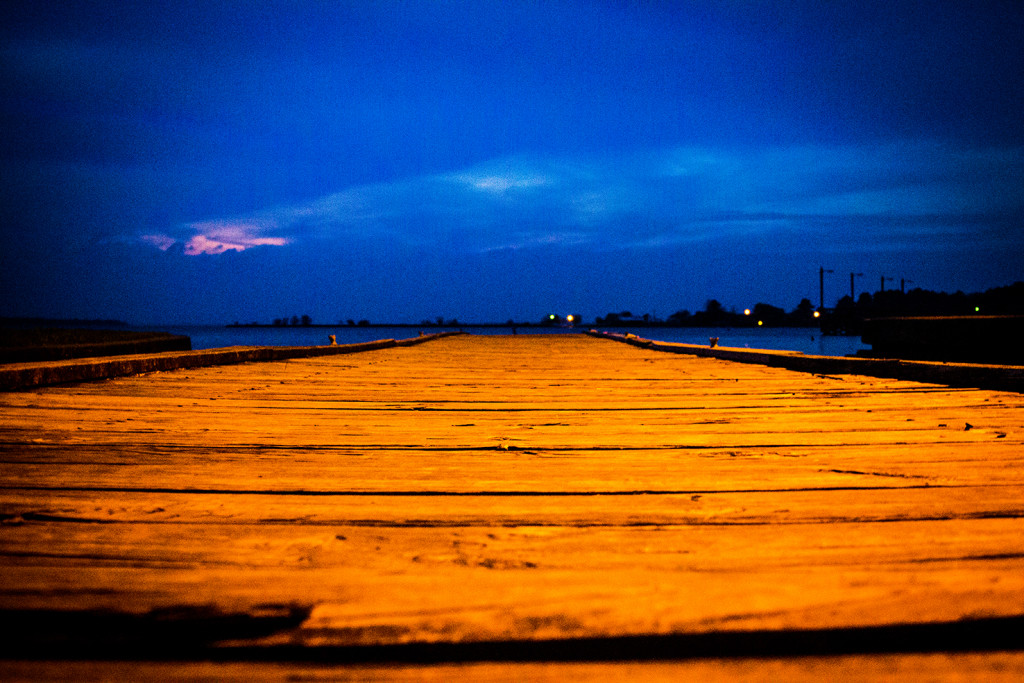 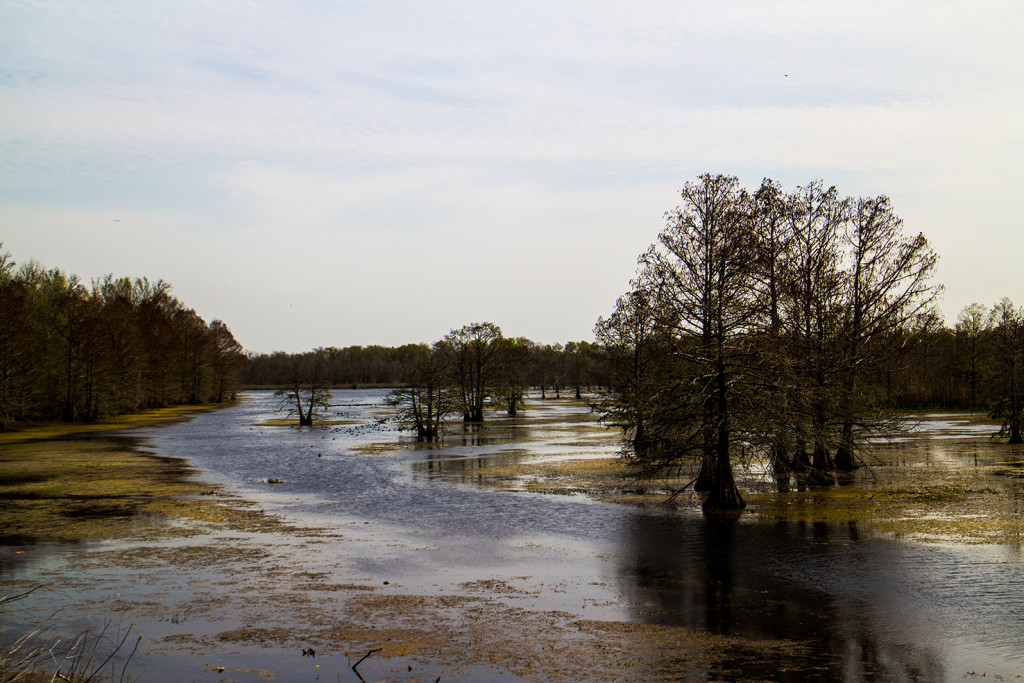 The swamp has begun.

Fortunately, I got some high winds on my last night in Texas at Martin Dies Jr State Park, which blew the humidity right off for a decent, dry night camping. The only problem was I got rumbled by raccoons in the night, who were having a proper good go at tearing through my panniers until I woke up and chased them around half naked for an hour. Little bastards. 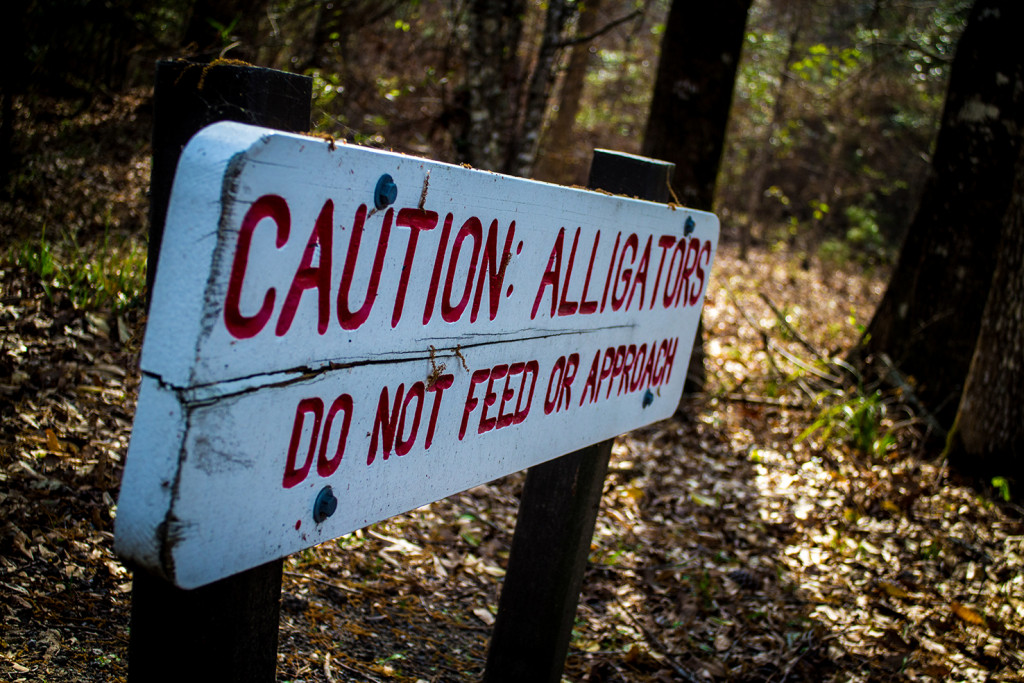 Didn’t warn me about the raccoons, did they?