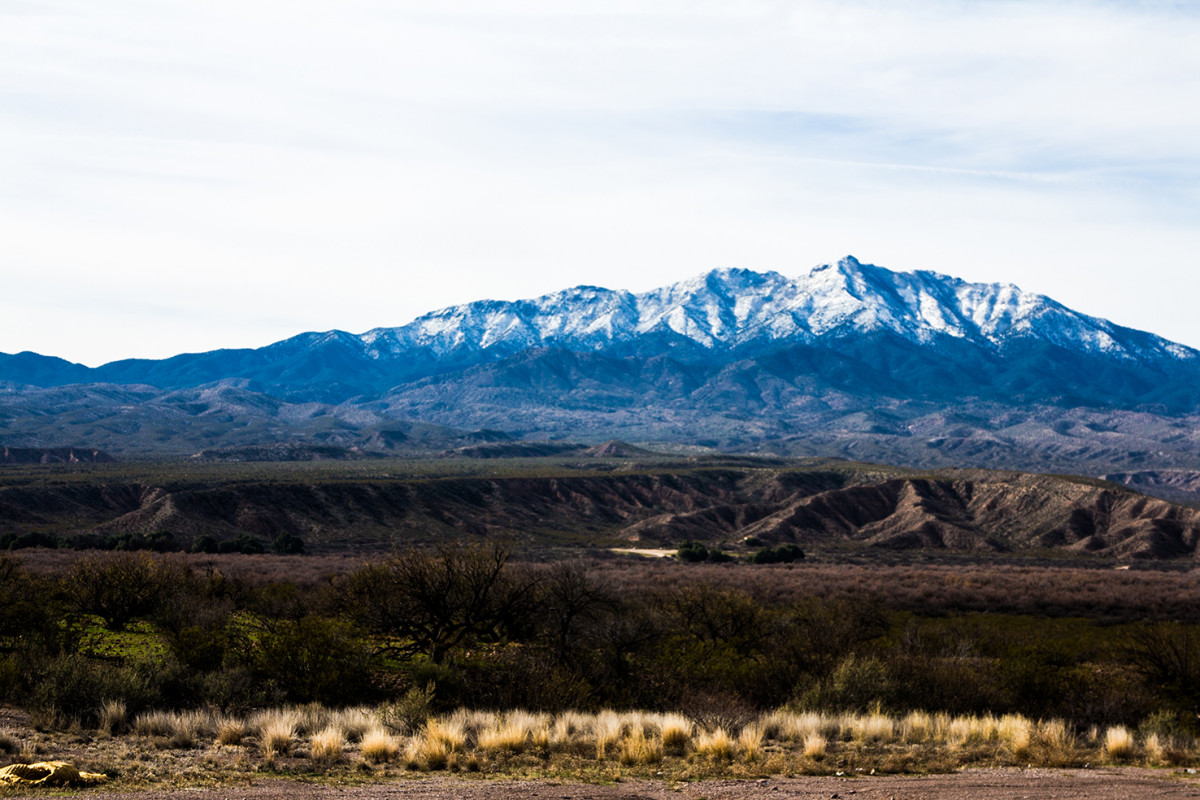 It wasn’t long after crossing the bridge into Arizona, a familiar, yet unwelcome feeling swept over me. Trembling legs, sweaty brow, guts that felt like a voodoo doll. It all meant only one thing; number 49 was arriving at full speed. Maybe I wasn’t ready for the amount of sugar and sweeteners rootbeer had to offer.

You’re never really that far from a ‘John’ of sorts, but this time I’d never felt further away; at the side of an Interstate junction with the sun beating down, burning off my cold sweat. There’s not much cover in Arizona. 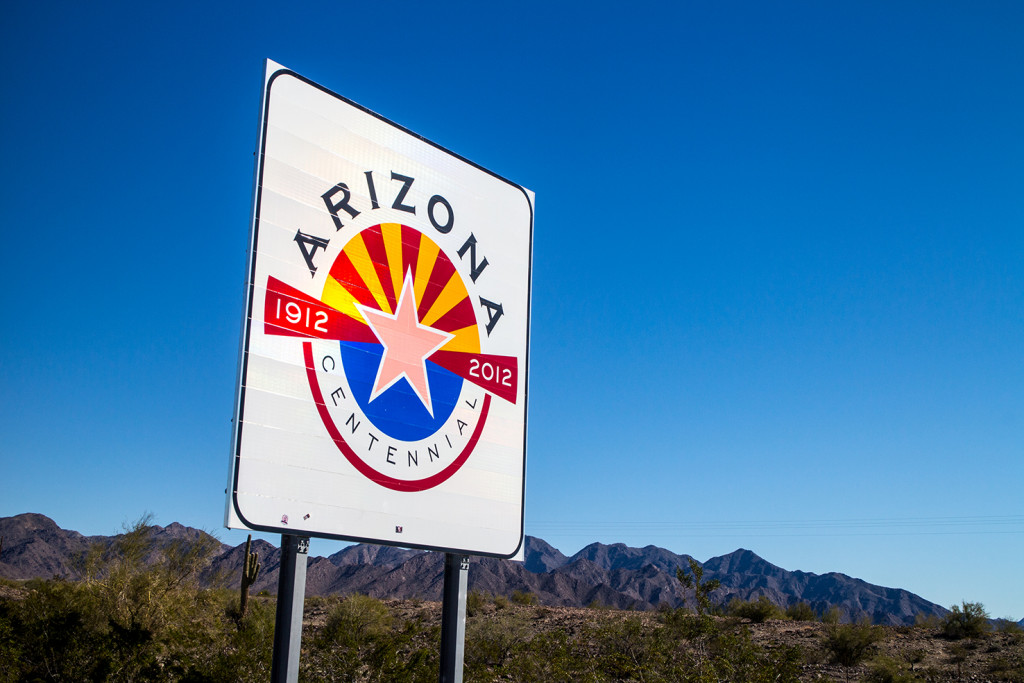 It was straight onto the Interstate for some smooth, yet ear-bleedingly loud, riding. The only interesting bit was when I met a whacked out bloke  dressed as a boy scout in John Lennon glasses collecting roadside berries. I didn’t hang about. 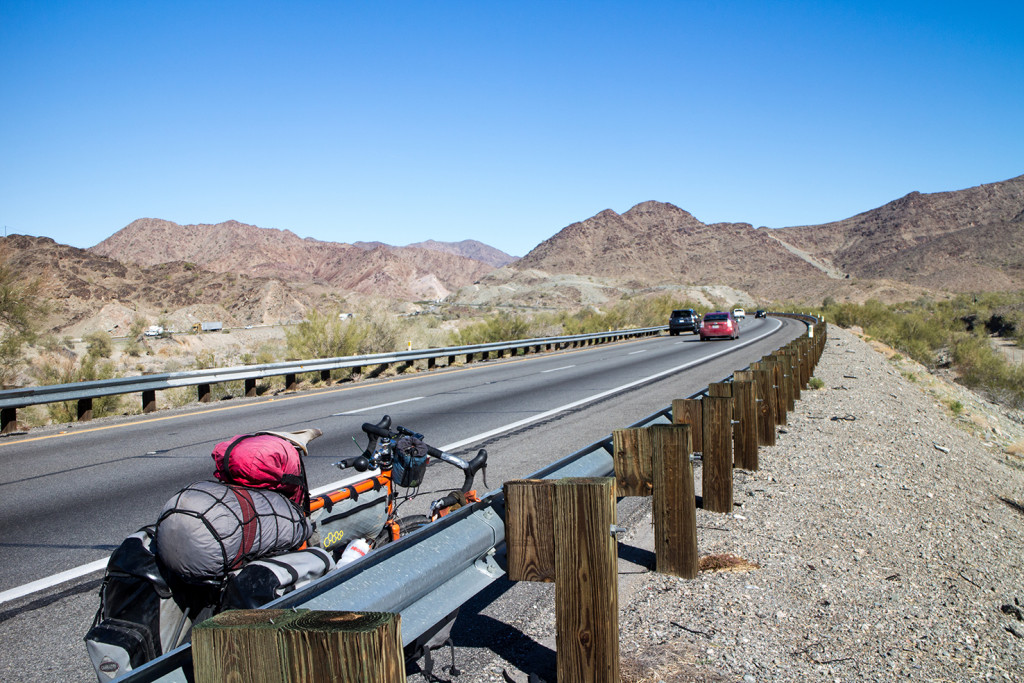 Straight onto the Interstate. Perfectly legal.

As soon as I could I traded the Interstate for an incredibly long, straight desert road with not much on it. That filled up two days. 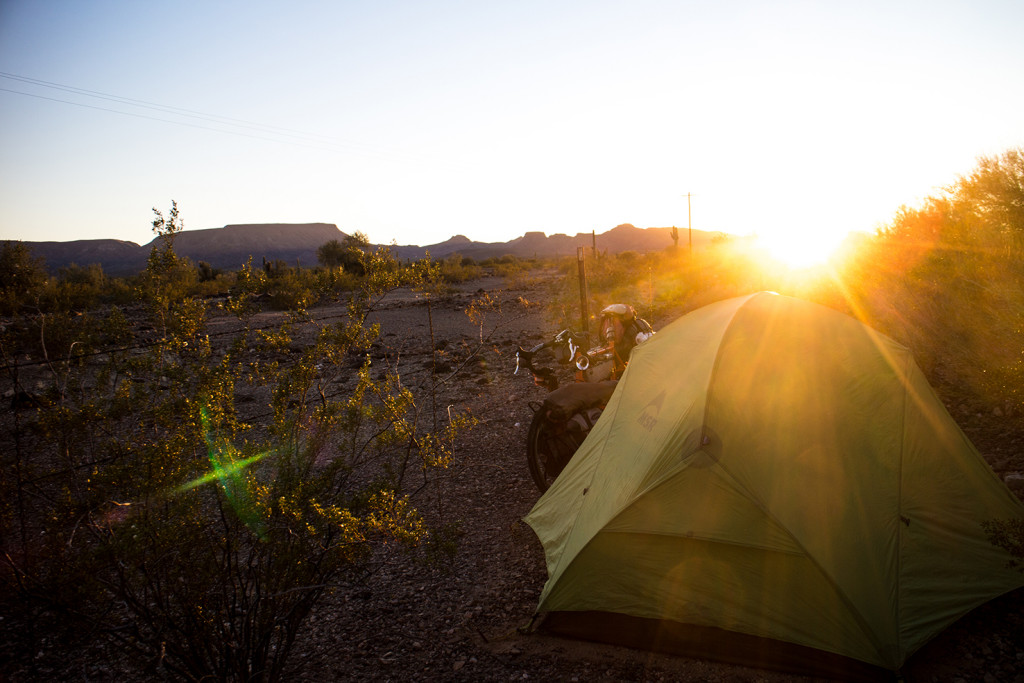 When the desert is being nice, there isn’t better camping. 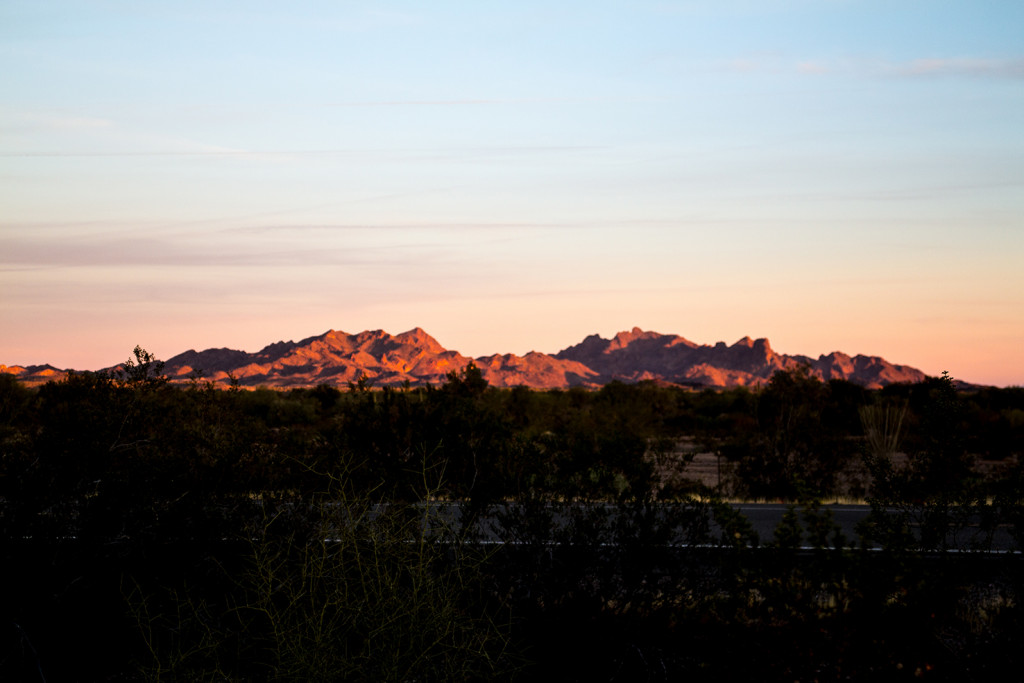 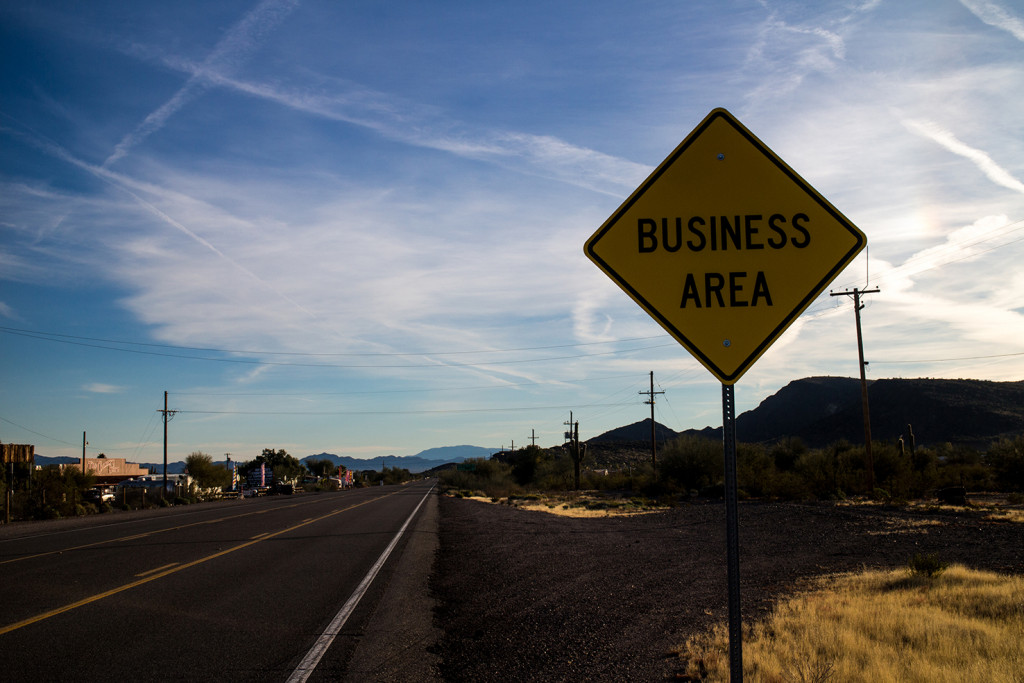 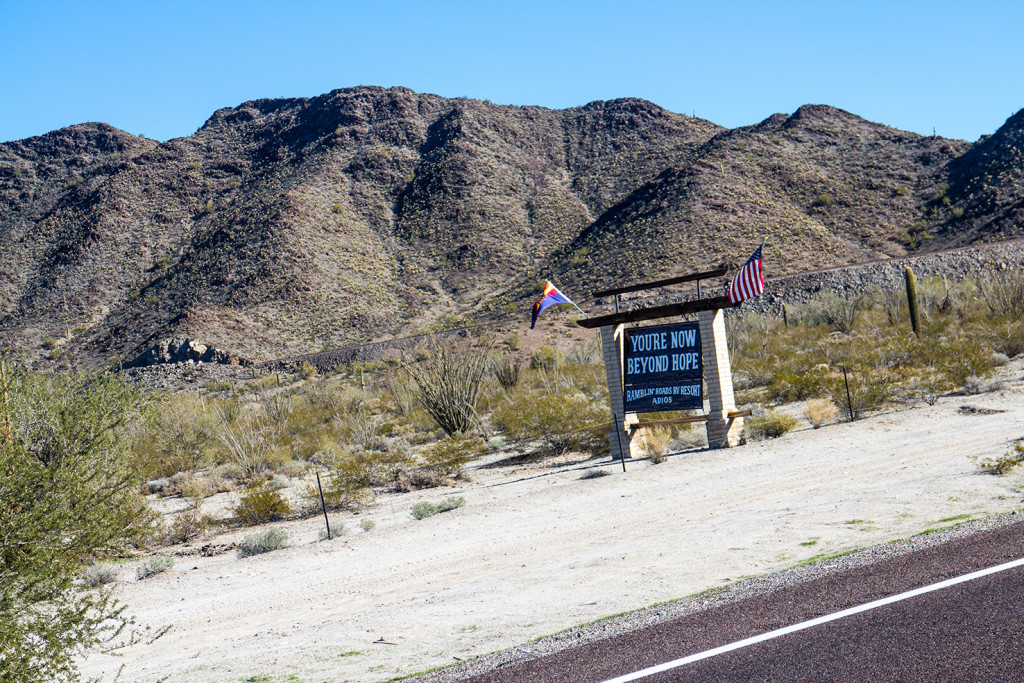 I’d tried to sort out a Warmshowers host for Phoenix, but I didn’t have any luck, so I coughed up some dollar and had a butchers what Airbnb had to offer. I managed to find a pretty cool place with a magic bus, three planes, and a time machine out back. 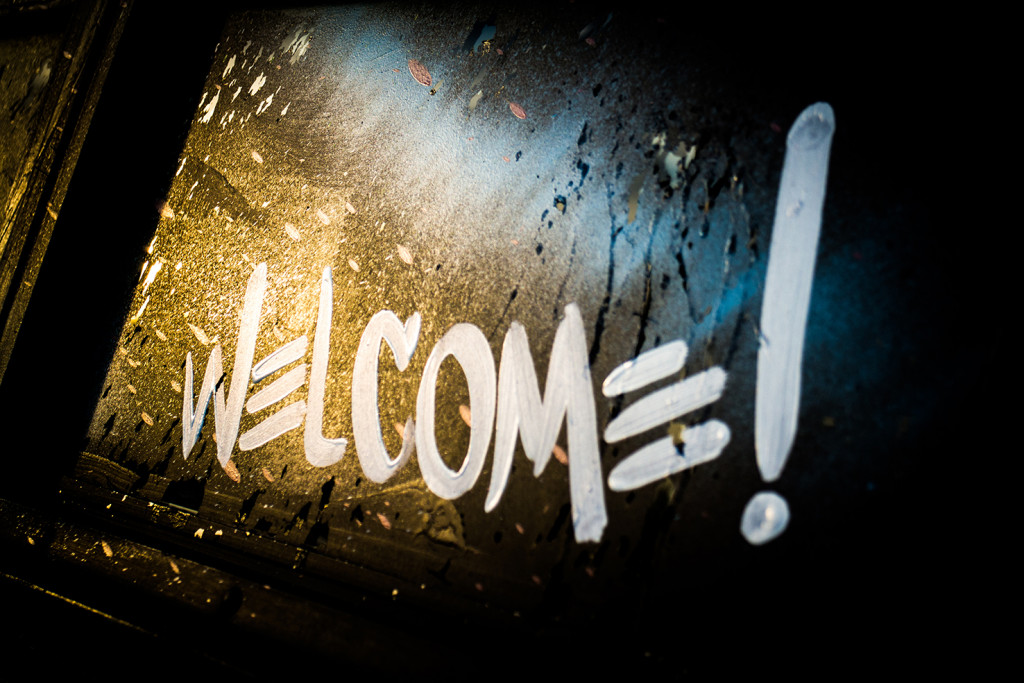 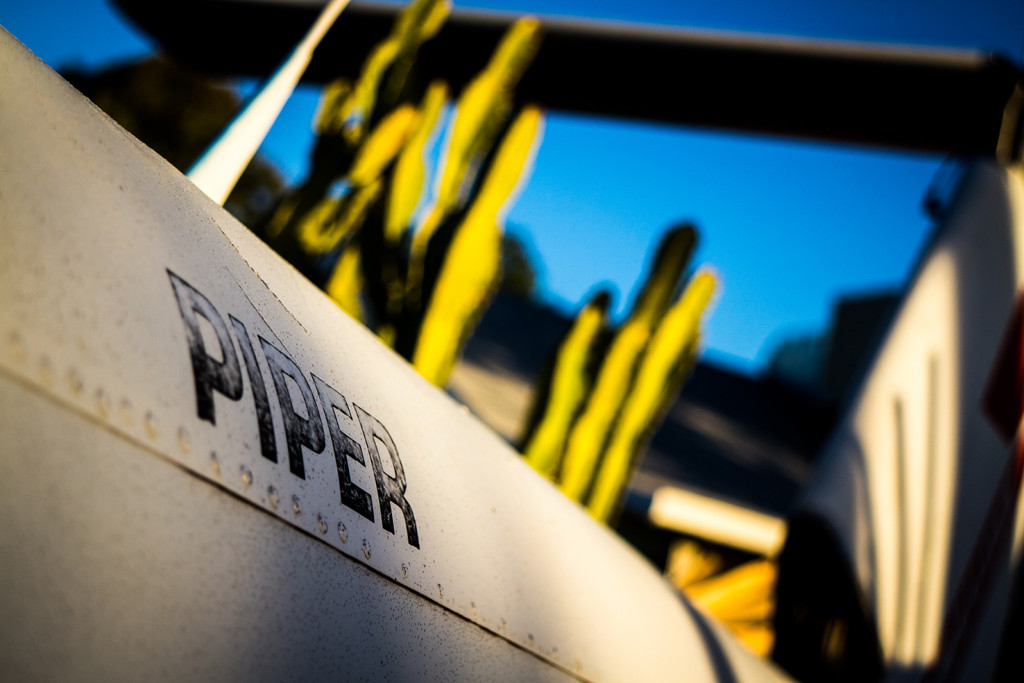 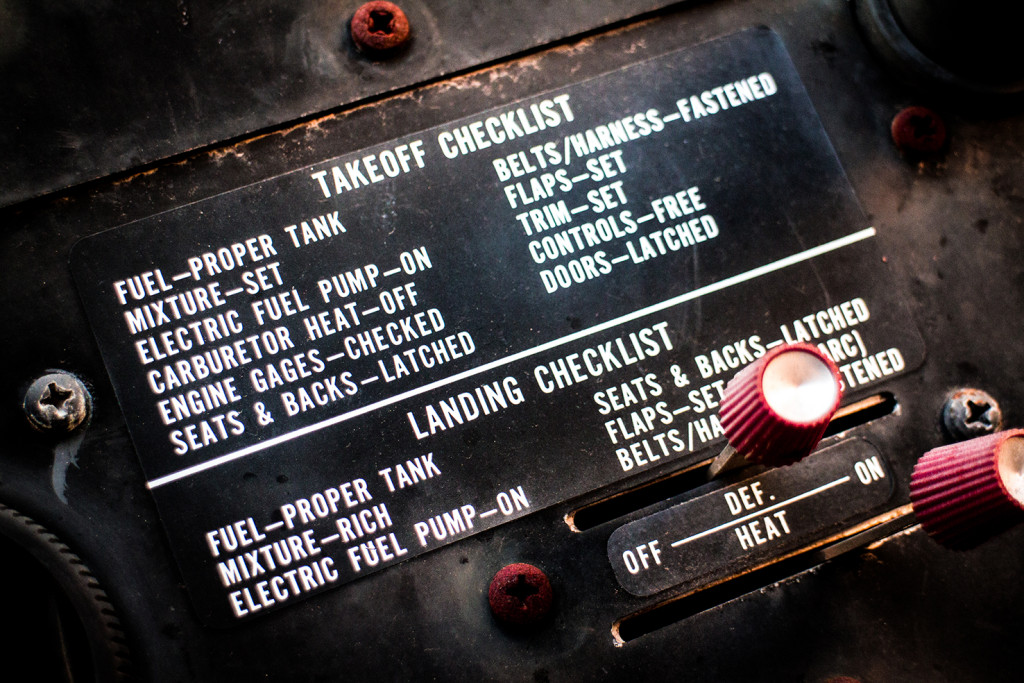 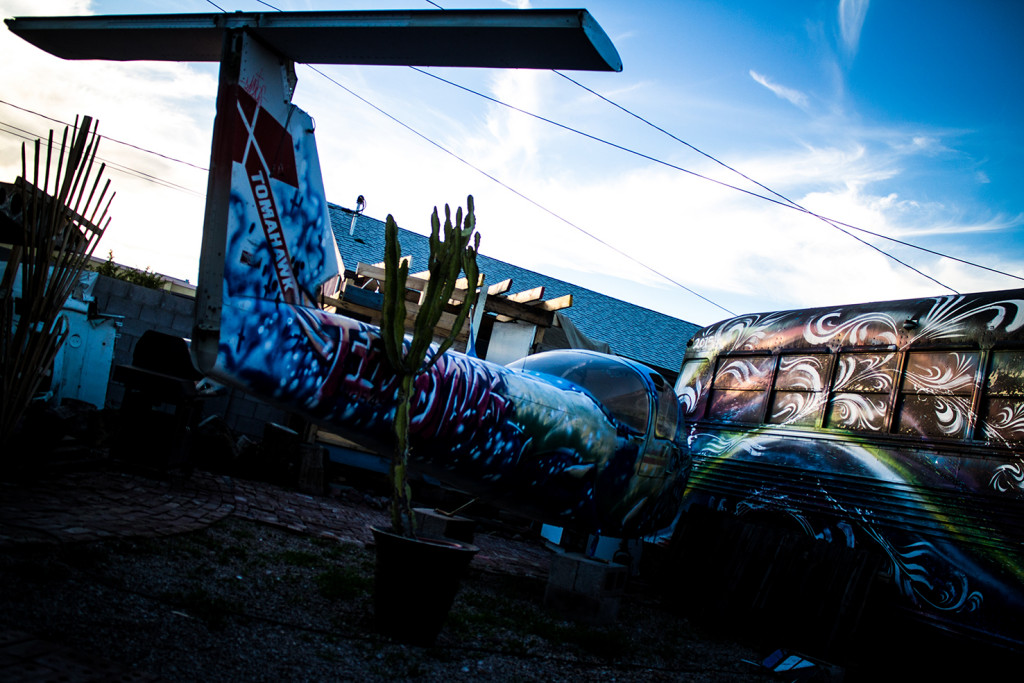 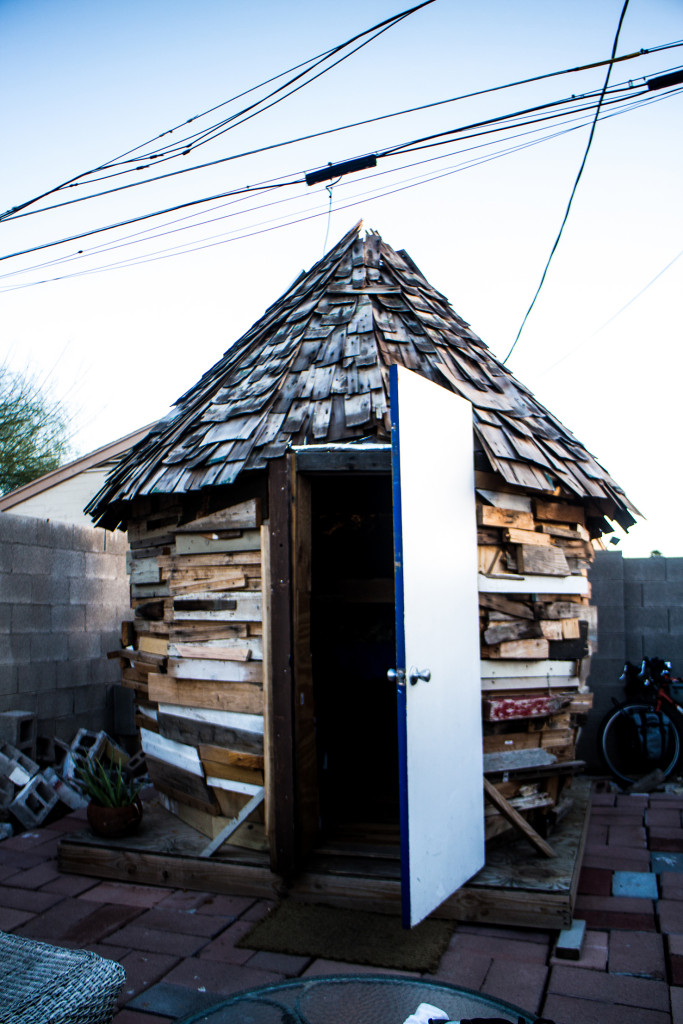 I quite liked Phoenix, it seemed like a fairly relaxed city with some cool stuff dotted about. Biking out of it was a different matter all together. I didn’t fully realise how long the damn thing rolled on for, as it sprawls into Tempe and then Mesa, each getting progressively shitter until you’re left with a tight, busy road lined with gun shops, tattoo parlours and run-down insurance brokers before it finally peels away into Arizona desert again. 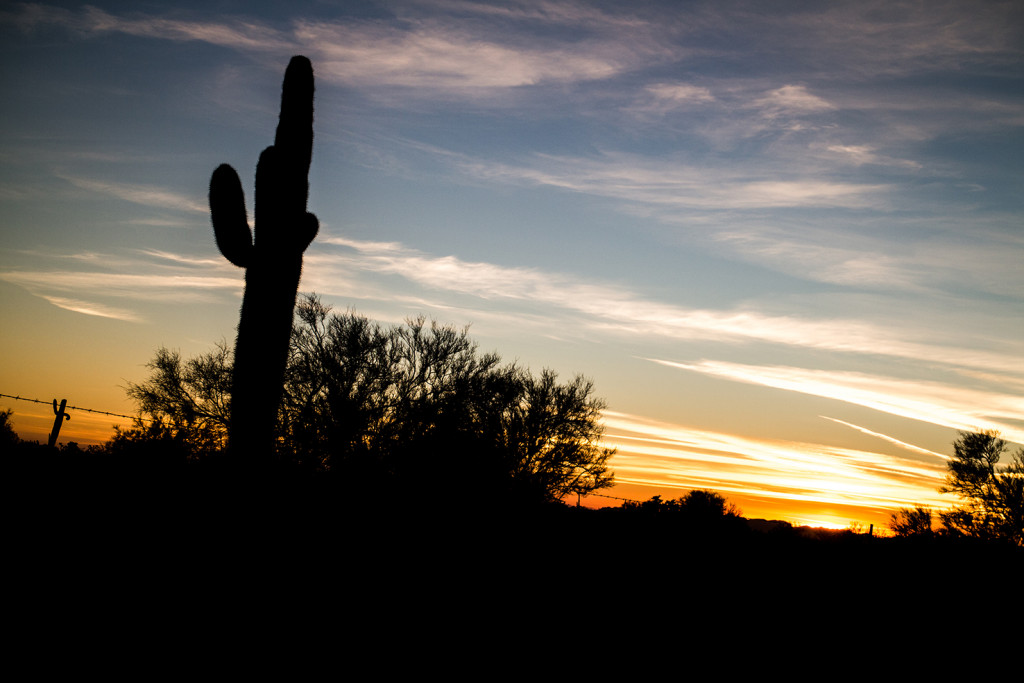 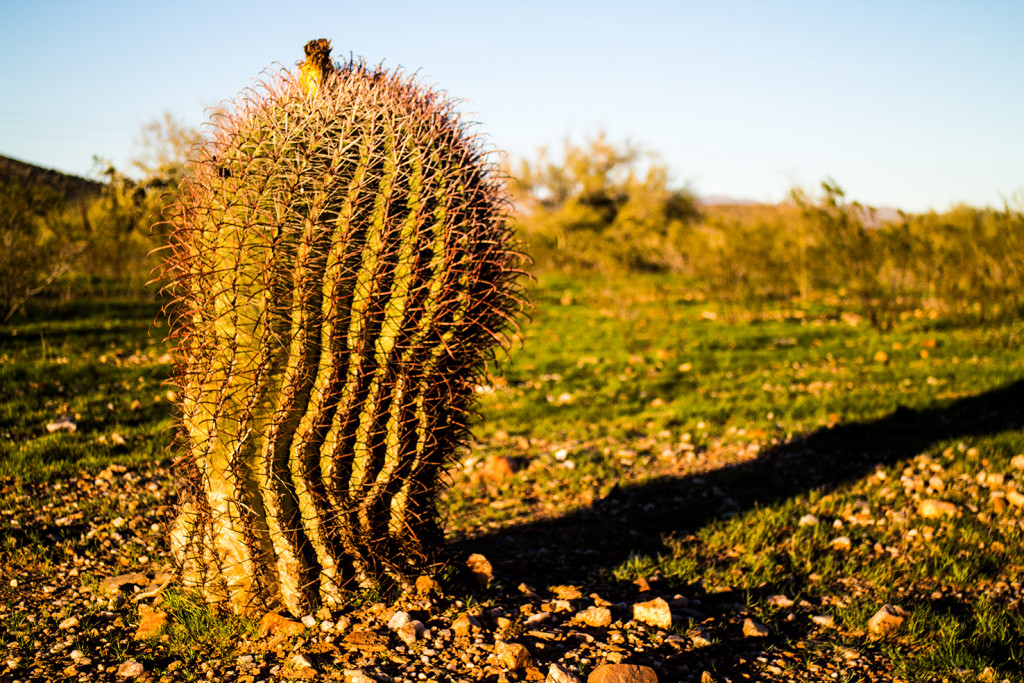 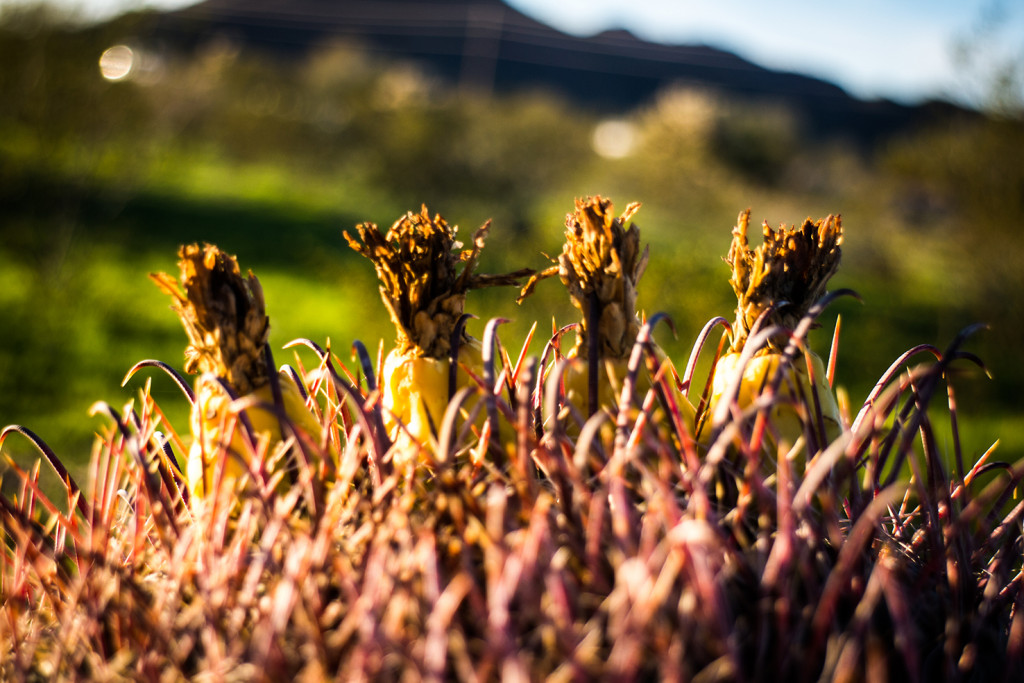 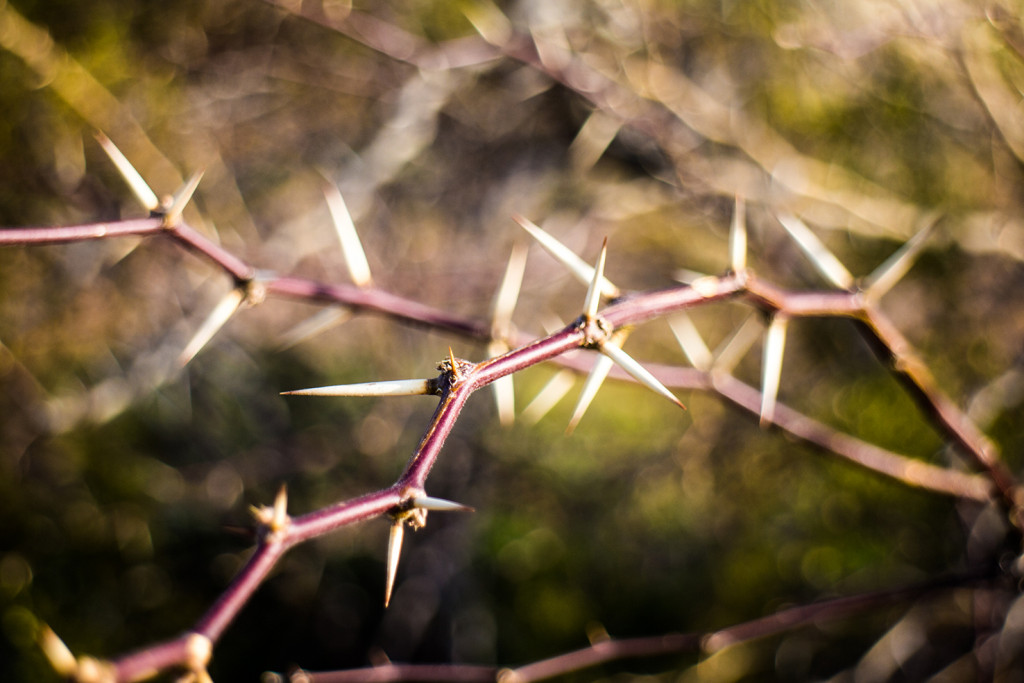 Everything in Arizona comes with spikes.

It’s not all flat in Arizona. I biked up a fancy set of canyons to the Top-Of-The-World in one day. That’s right, the hillbillies in the village genuinely call it that. 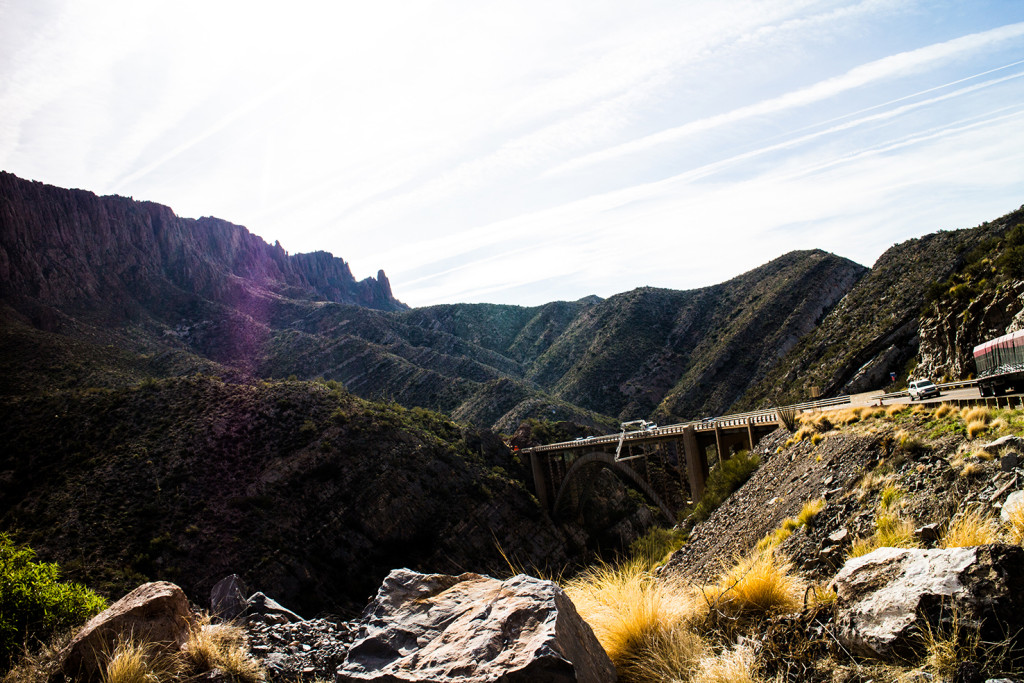 One for the bridge aficionados. 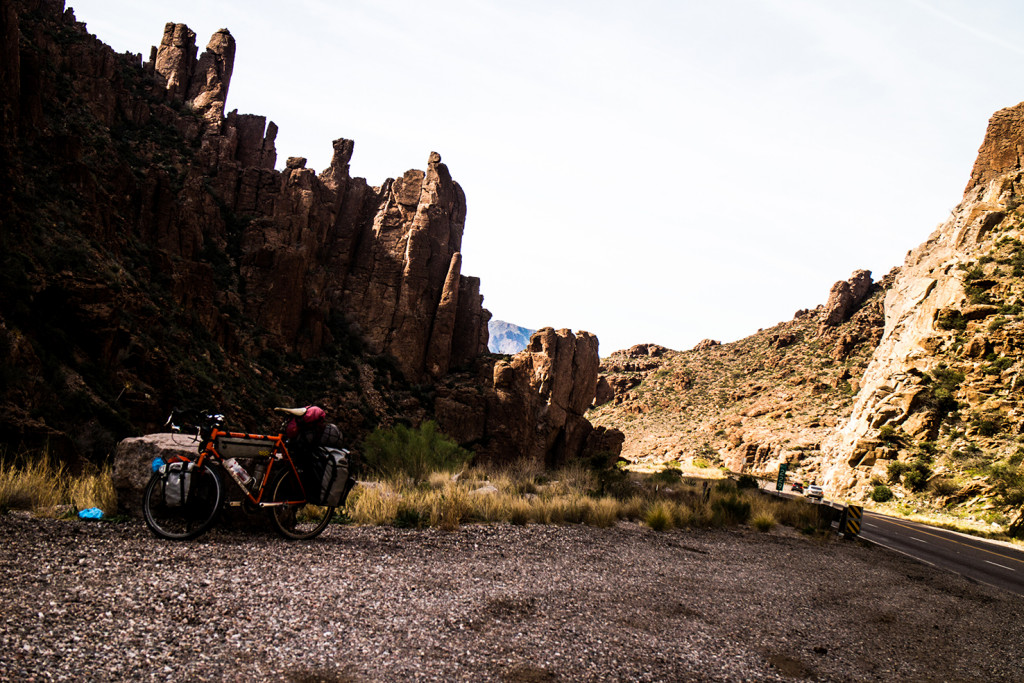 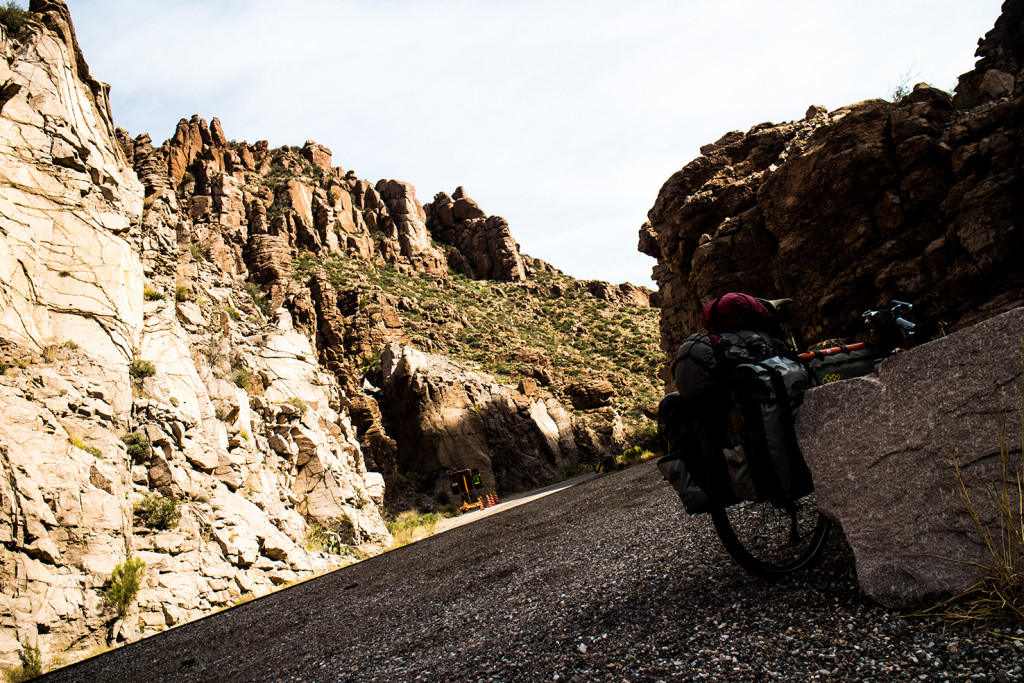 It was a generally unimpressive descent through an Indian reservation that seemed to be lined with litter the entire way. I stopped at a gas station at one point and as I pondered back outside and closed up my bags I heard a voice next to me –

I turned my head to a four foot tall woman who had a face like she’d been in a tragic welding accident and a few remaining teeth that looked almost wooden.

She pointed towards her bag, entirely zipped shut, and far too small for a baby. It was at this point I felt so alone in the world, as my thoughts turned to how I would raise the alarm in a one road hick town due to a meth-addled woman with a dead baby in a bag.

‘I’ve got a baby in here.’ She repeated as she tugged at the zip.

This was it. Can I ring 911 on an Australian SIM card?

As the zip came apart the head of an excitable Chihuahua popped out, bulging eyes and all. I don’t think I’ve ever quite as been relieved. Now, obviously I’m not advocating carrying dogs around in zipped up bags, or even condemning them to a life with a meth-fuelled owner, but I’m just glad I got out of there with some pleasantries as opposed to a lengthy police statement and post traumatic stress disorder. 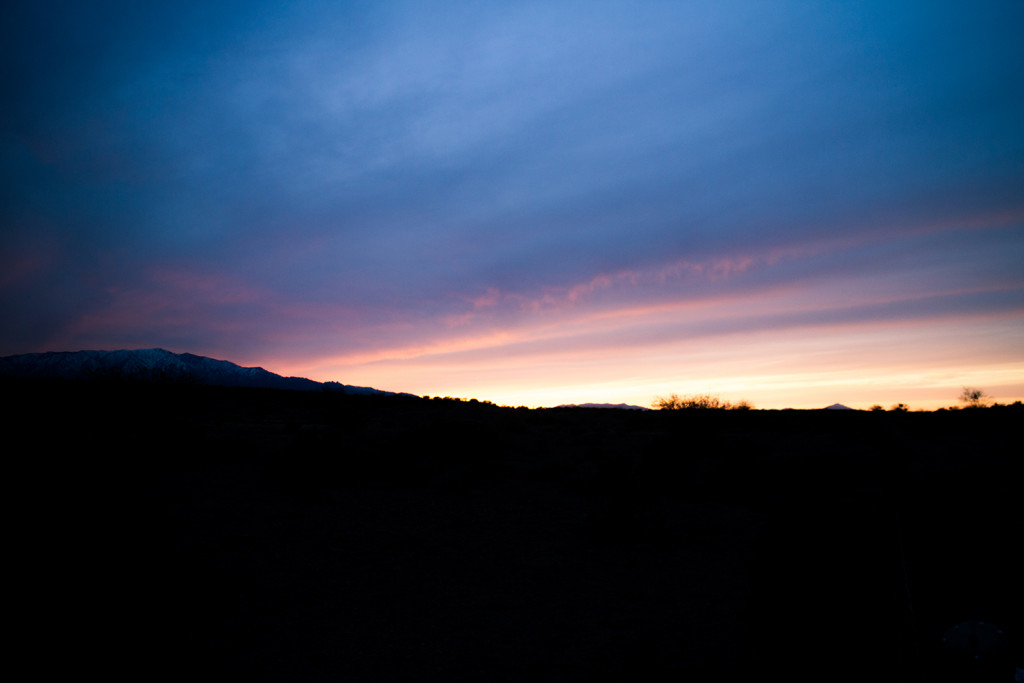 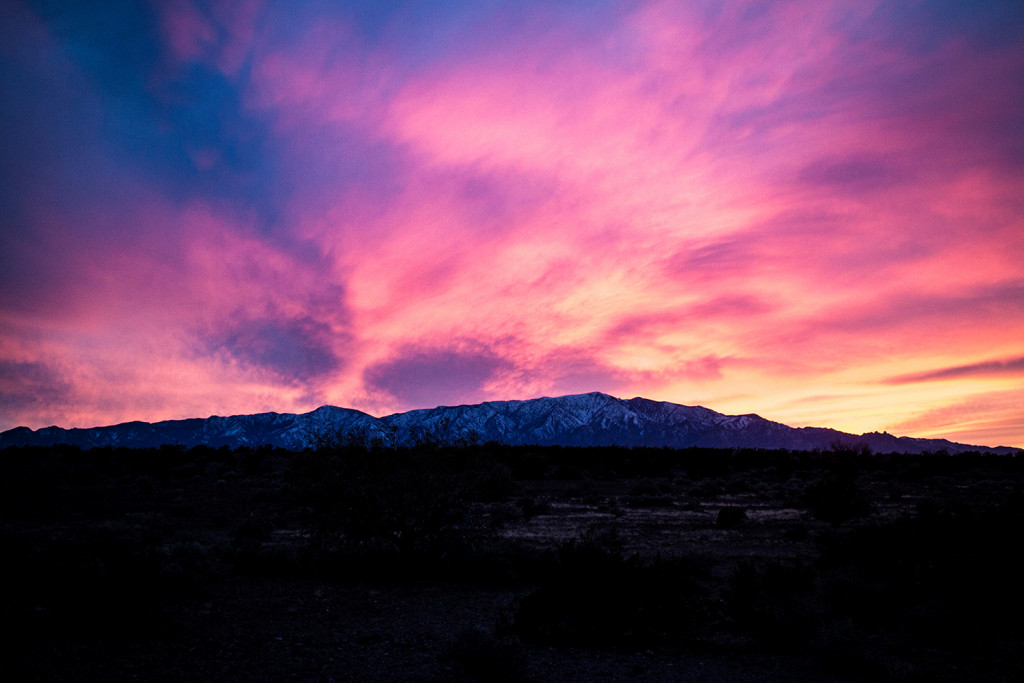 Duncan was my last stop in Arizona, a tiny little village just before New Mexico, I managed to stay with Deborah and Clayton from Warmshowers, who run a B&B there, but offer up a little wooden caravanette to cyclists passing through. They were a lovely couple, and incredibly hospitable, and it was a welcome change to actually have an intelligent conversation with someone. Their place is amazing, and filled with eclectic ornaments and art, mostly made by Clayton, who’s an incredibly talented man. He’d built a studio in the garden to house all his work, and was currently making a series of boxes with peepholes allowing one person at a time to peer into intricately detailed scenes. This was due to a growing hated of being at exhibitions surrounded by people crowding round and pointing cameras instead of actually looking at things, something I quite agree with. Unfortunately, this also meant I didn’t take any photos, as I didn’t want to look like a contradictory arse. Never mind. 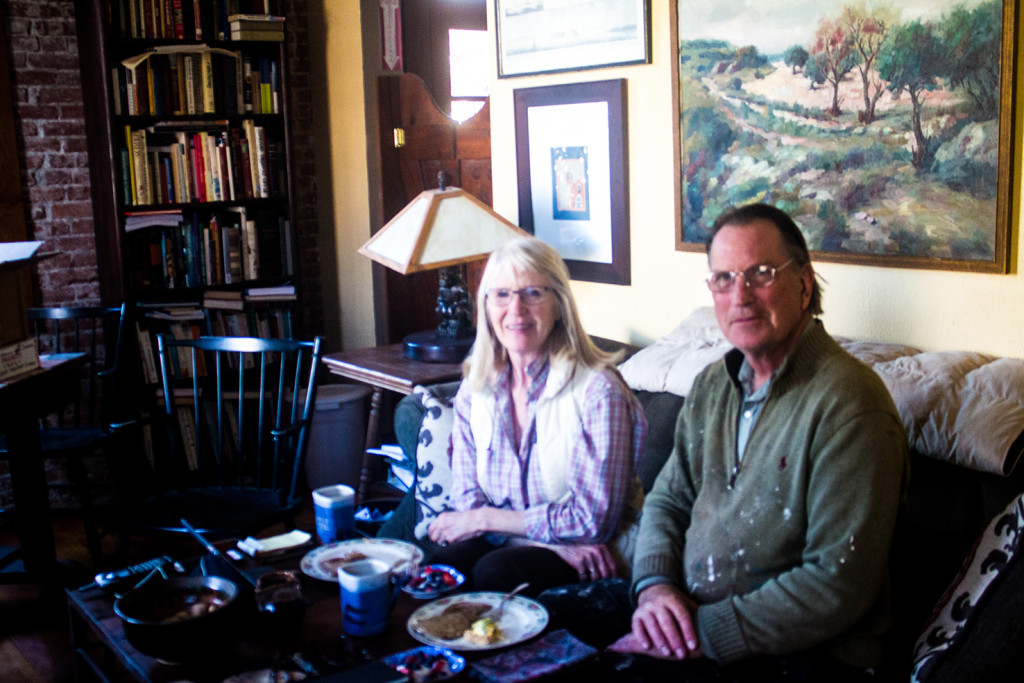 This is Deborah and Clayton. 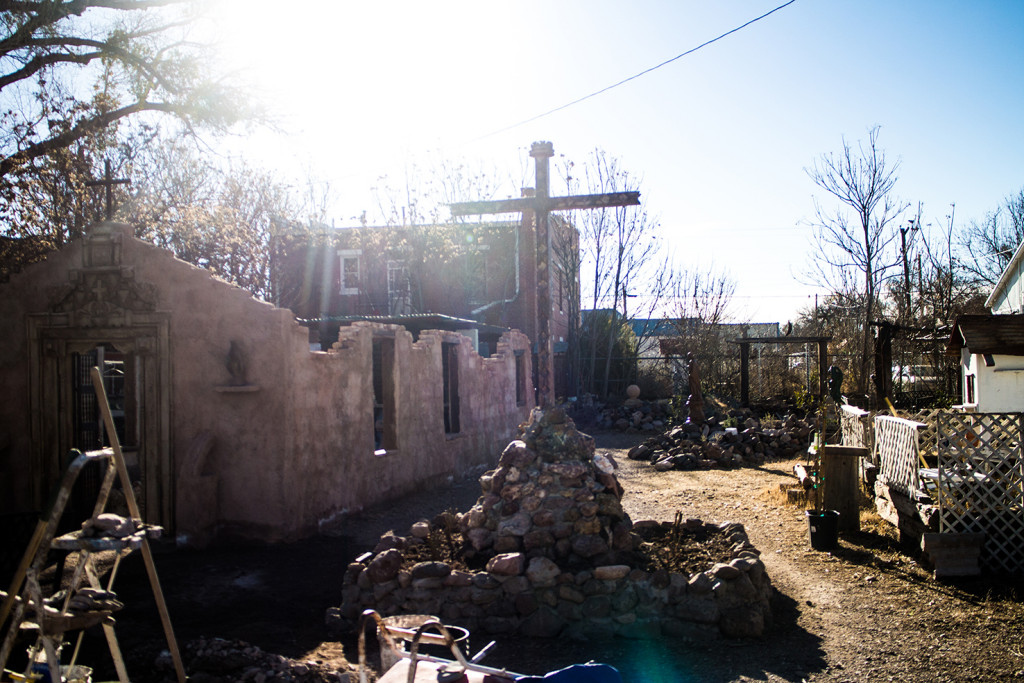 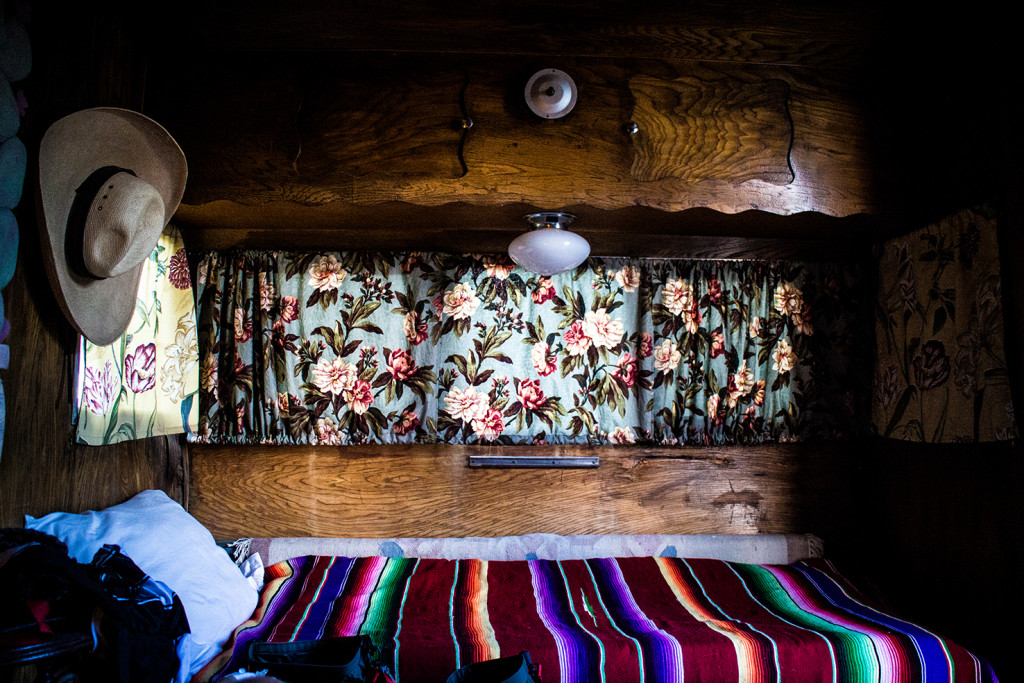 Home is where you hang your hat. 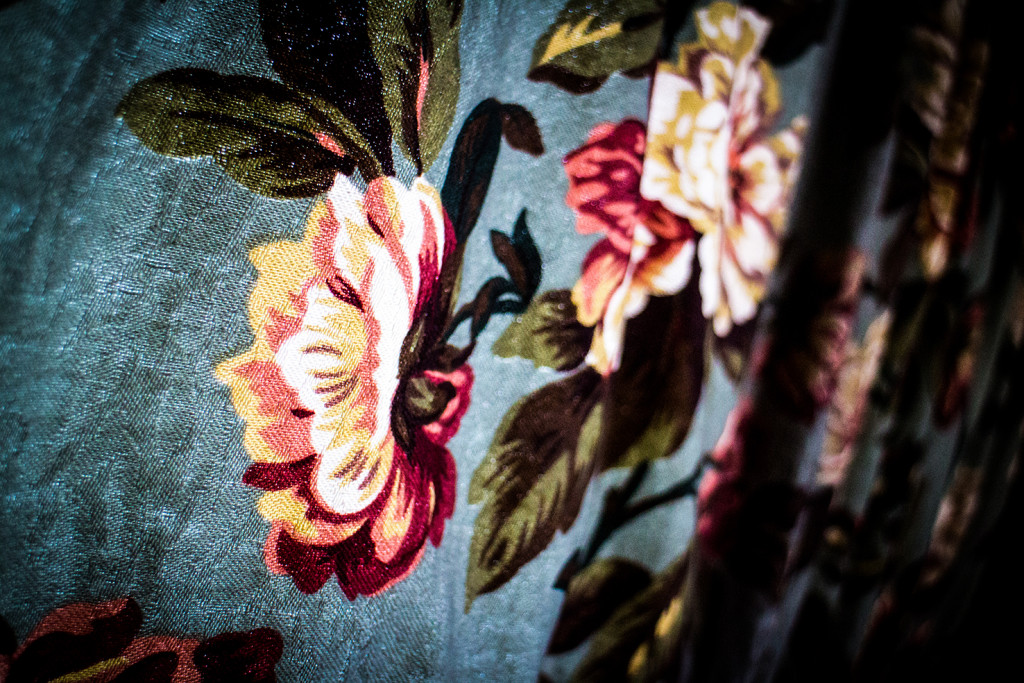 Let’s have a close up of that floral pattern, eh?

Anyway, after that it was a short roll into New Mexico for some more arid desert. 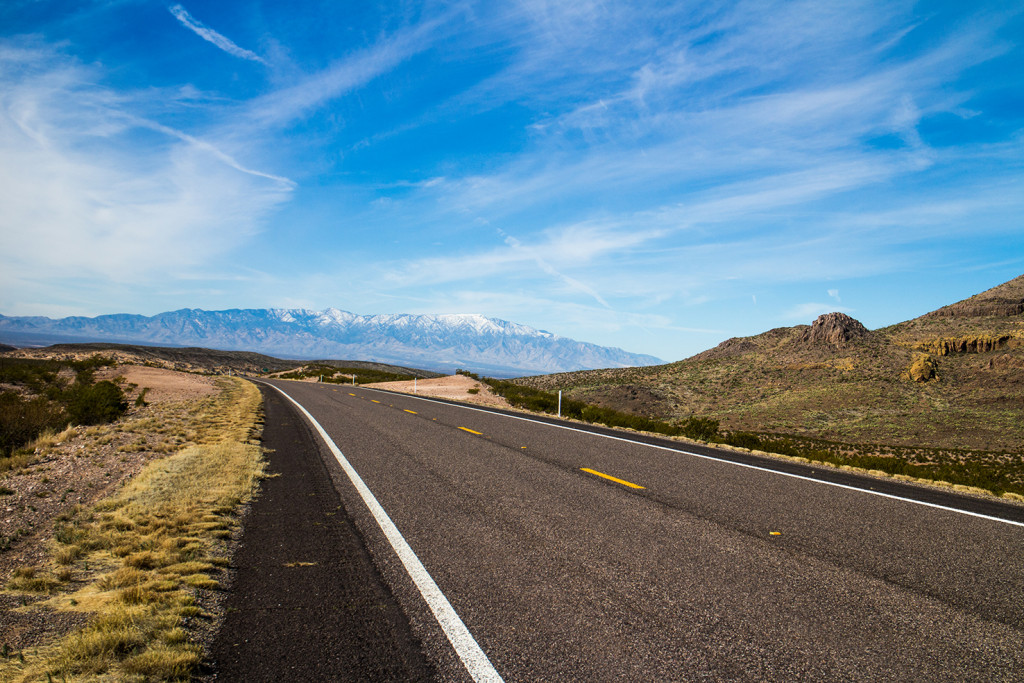