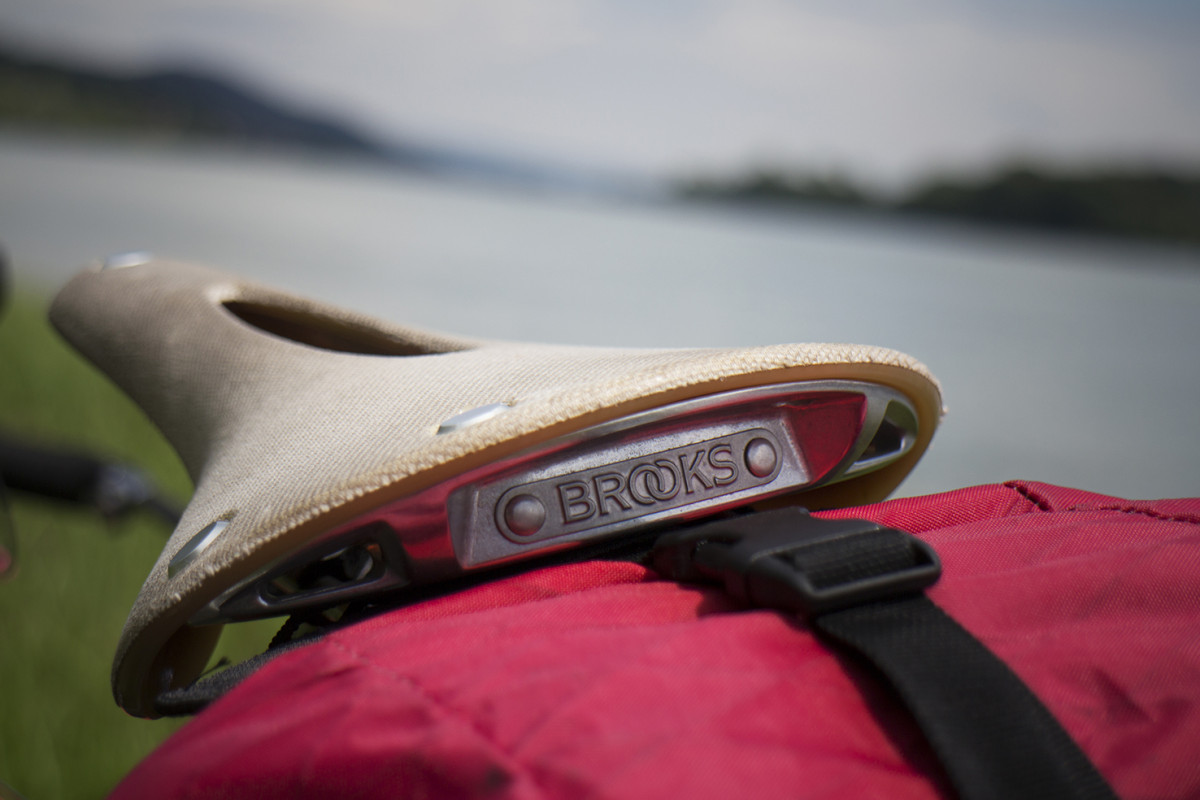 Remember the kid at school who played conkers and claimed to have a ‘hundreder’. The same applies in cycle touring.

A lot of cyclists claim to have a mythical seat that they can ride a century of miles on, day in day out, without any symptoms of ‘babooning’ of the arse.

I call them liars.

Don’t get me wrong, a top notch saddle makes all the difference, but no matter what, when you’re perched on one for eight hours a day it will hurt.

Brooks know how to do a bit of packaging.

There are a few reasons I went for this model over the Imperial. The low amount of maintenance was the main one; oiling up a leather saddle, occasionally tightening, and keeping it covered from the rain is something that’d become a pain in the arse eventually. I’ve met people on the road with some funky shaped Brooks in the midst of a warranty wrangle, a situation no long distance cyclist wants to be in. I’ve also met a guy who’s Selle Anatomica’s rivets popped out leaving him riding one arsecheek higher than the other. All this time, a year later, the Cambium just looks the same. Well, it looks dirtier, and the cotton is coming loose, but it performs just like day one. 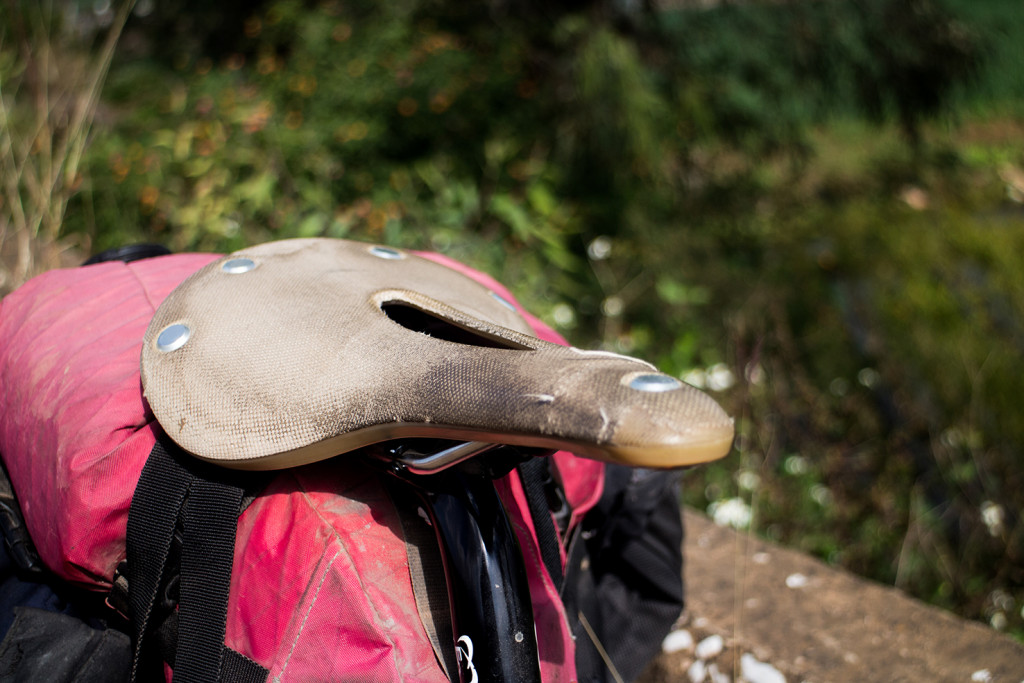 One of the main selling points of the Cambium is that it requires no break in. At first this sounds amazing, don’t be fooled, after a few hundred miles you’ll realise that if there’s no break in, it’ll never be broken in. Sounds a bit like an undead cowboy’s purgatory.

The Cambium C17 managed to be a bit of a talking point whenever I found myself in bike shops, and in the first few months when people mentioned it, I said that I’d wished I’d gone for a leather saddle, now I’d say the opposite. If it broke tomorrow I’d buy another one.