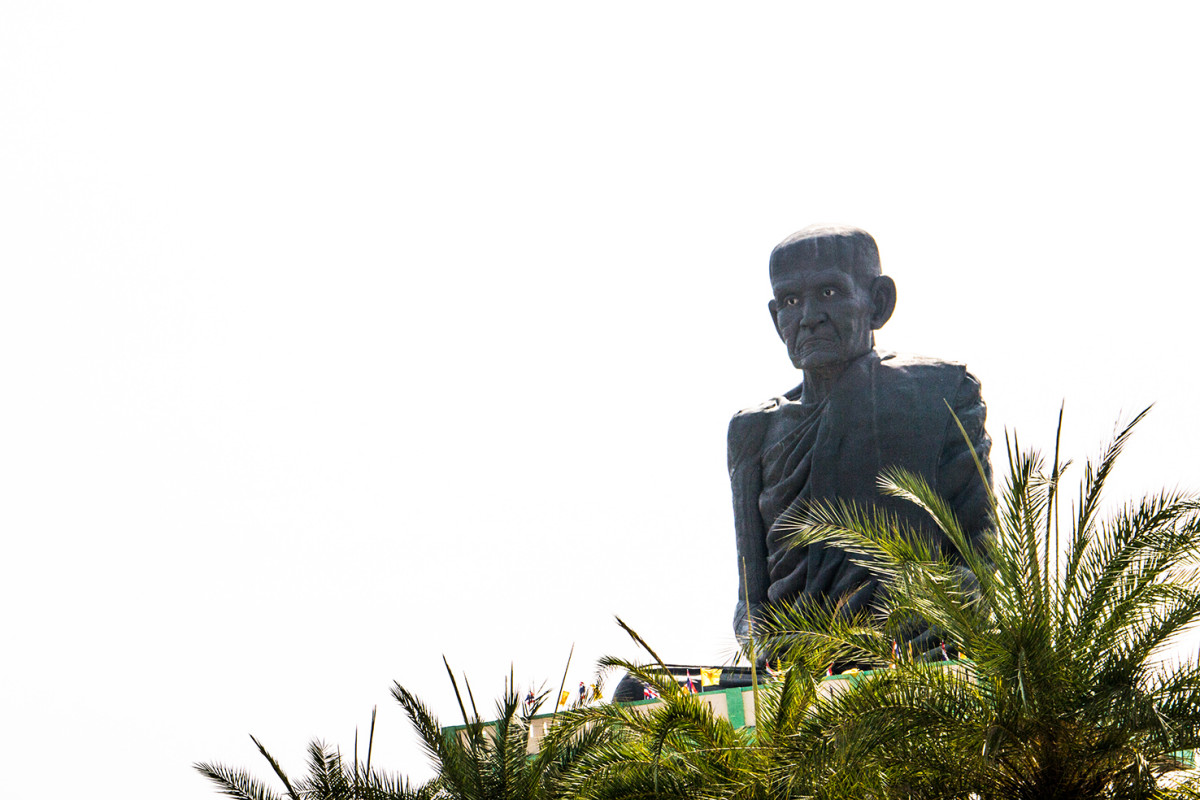 End of Part One

People make an assumption that when you go cycle touring you’ll see lots of lovely wildlife.

I’ve seen all sorts of animals. All dead at the side of the road.

Over the friendly bridge the first thing I realised was the they drive on the left side of the road. For a minute I wondered whether I’d remember how to do it. The answer was yes, it’s something you never forget, like riding a bike.

Riding in Thailand was pretty uneventful, coming in from the north east i had miles of flat, straight road to cover. Time to stick the iPod on. 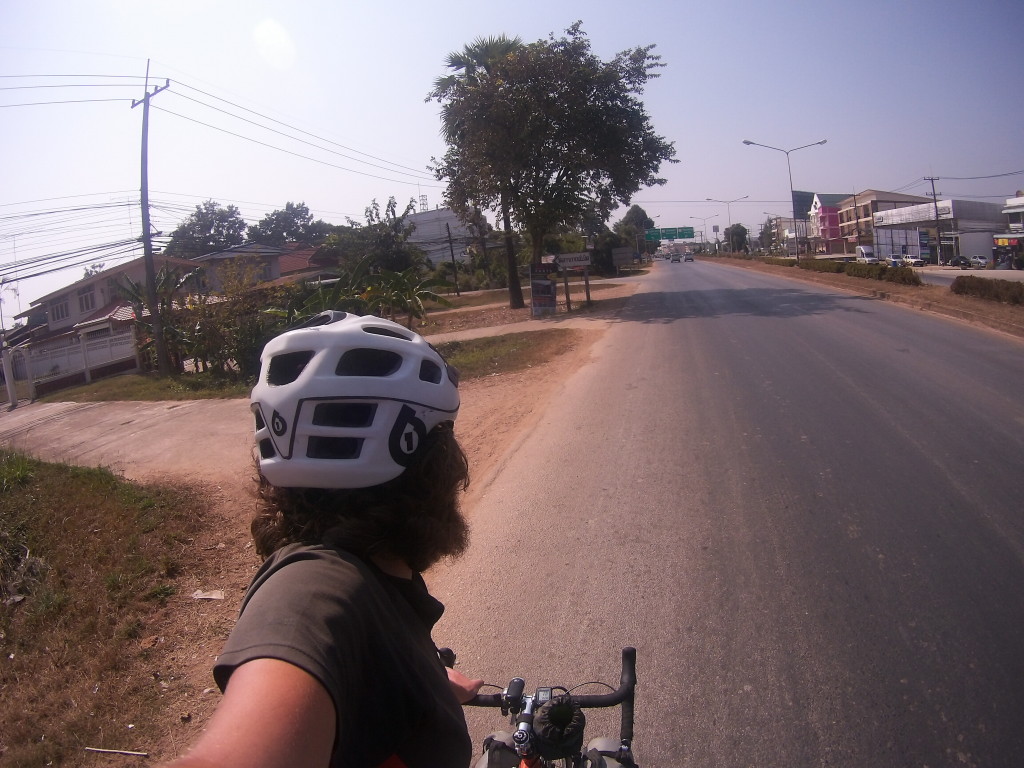 The was a stretch on forest I’d planned on camping in, until I cycled through and was greeted by a bunch of roadside howling monkeys, a bit like a Planet of the Apes Tour de France. Turns out these boys had wised up to the fact that the roadside fruit sellers used this place to dump their bad stock. There was also a three foot long snake that’d had the middle squished down by a car. I decided against camping there. Still, that’s the most exciting bit of wildlife I’d seen on the trip. 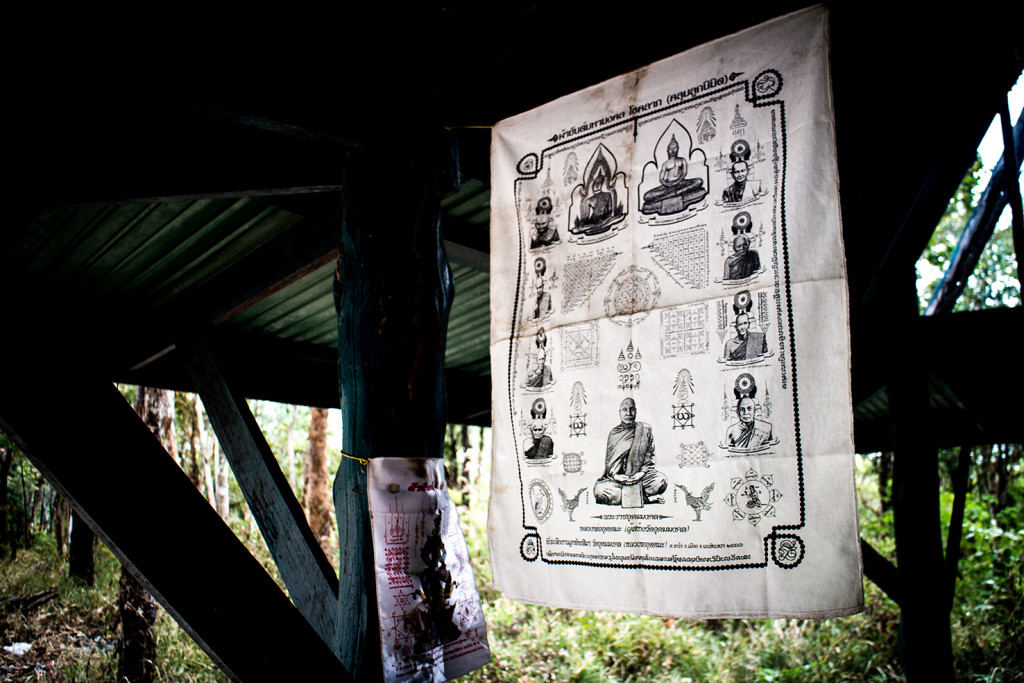 Some monk had left his tea towel drying out

I’d been expecting it, but it was still surprising how westernised Thailand was. There’s no doubt they’re the superpower of South East Asia. Most importantly for me, I found you have services every 20km, which meant I could restart my addiction to fizzy, sugary drinks. In the hot, humid weather this was a godsend. 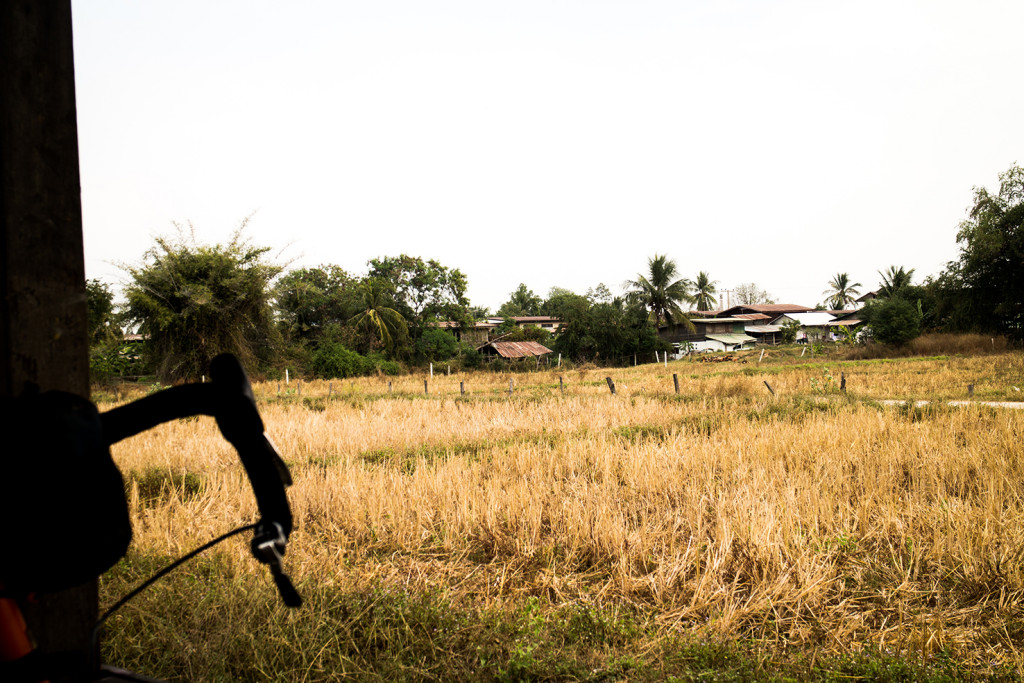 In Thailand they like to stick little shrines outside their shops to appease the spirits and make sure they keep bringing in the cash. Obviously, the spirits need continual appeasement, and require regular offerings.

But what offerings do the spirits prefer?

No doubt the spirits have a sweet tooth. I imagine, especially in death, my spirit will require something significantly harder. 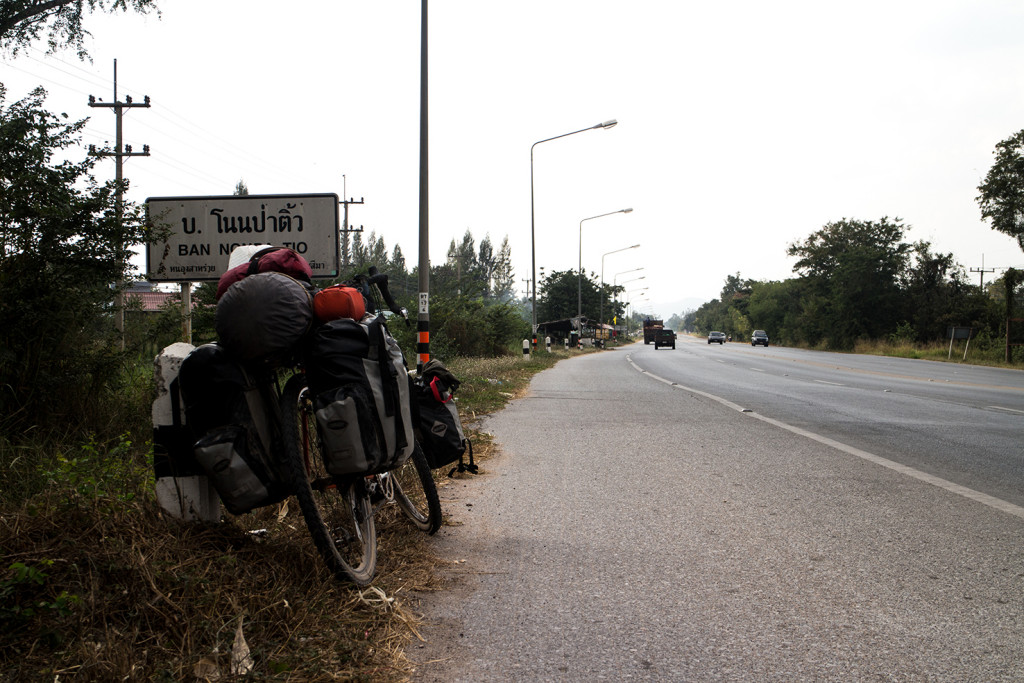 Anyway, other than the mostly flat, straight road to Bangkok, there wasn’t too much to report. Saying that, I enjoyed riding through, and if you have the time to go off-piste, you could have an amazing tour around here. The people are unbelievably respectful and welcoming (and unfortunately this most likely gets abused by the slew of western tourists arsing about in the hotspots). 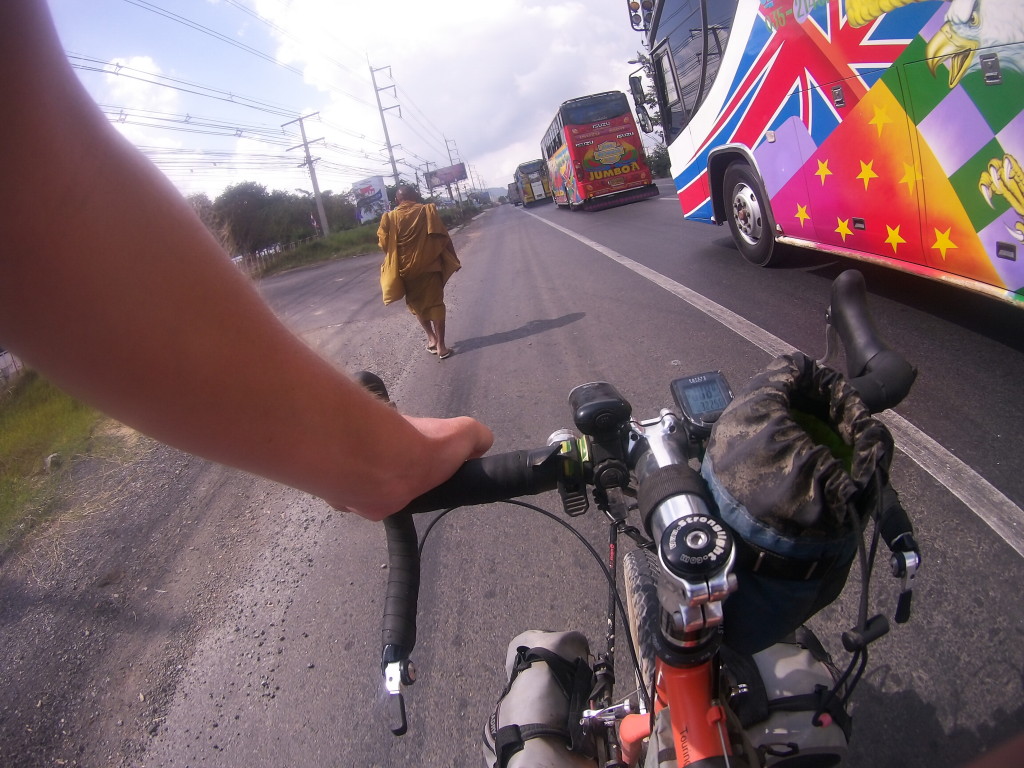 I should’ve offered him a lift on my handlebars 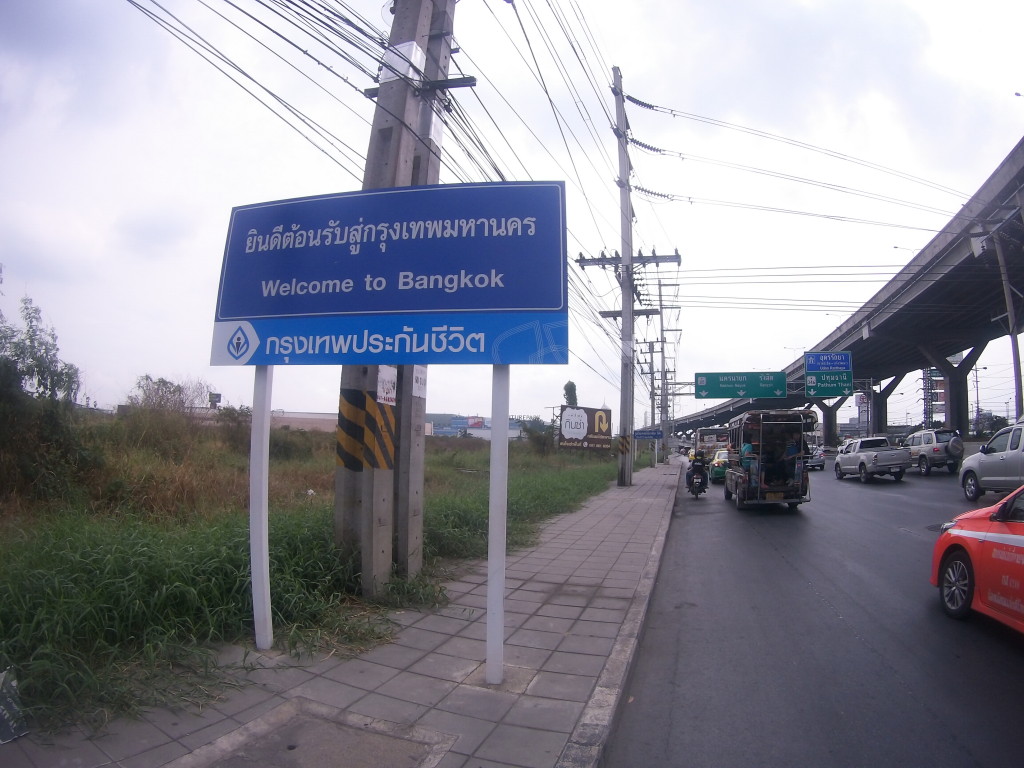 I expected a bit more signage to be honest

Arriving into Bangkok I headed to Granny Bike/Bed. If you’re cycling in Thailand, make this place your anchor point. It’s a nice little hostel just for cyclists on a quiet side street right in the centre, it’s seriously chilled out, has all the tools to tune up your push rod, and most importantly has air conditioning. They even have a supply of bike boxes if, like me, you’re air-bound. 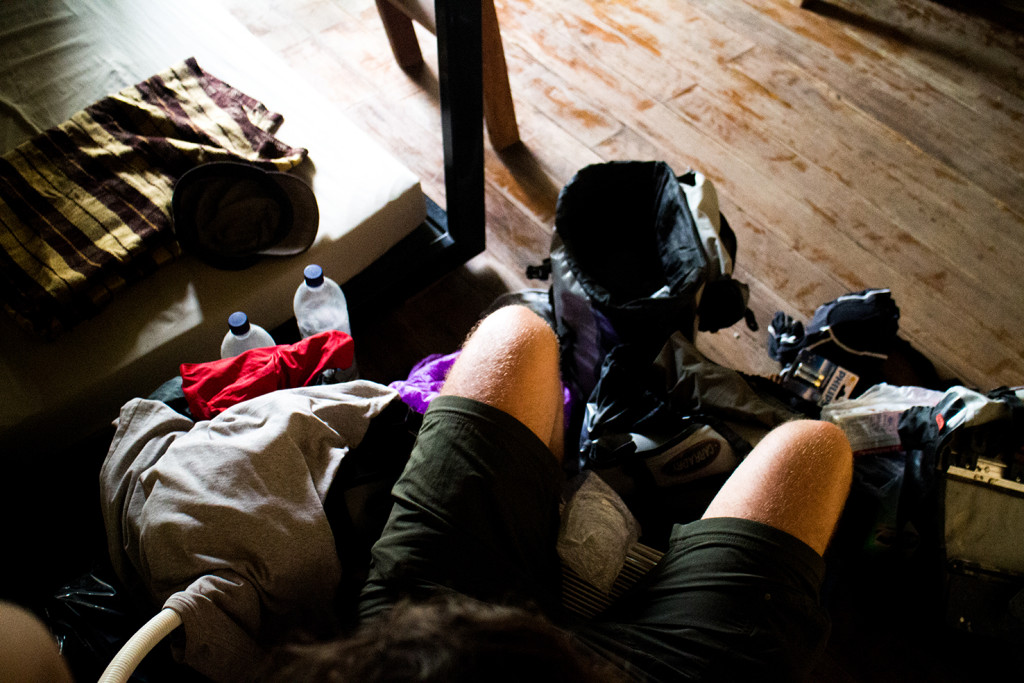 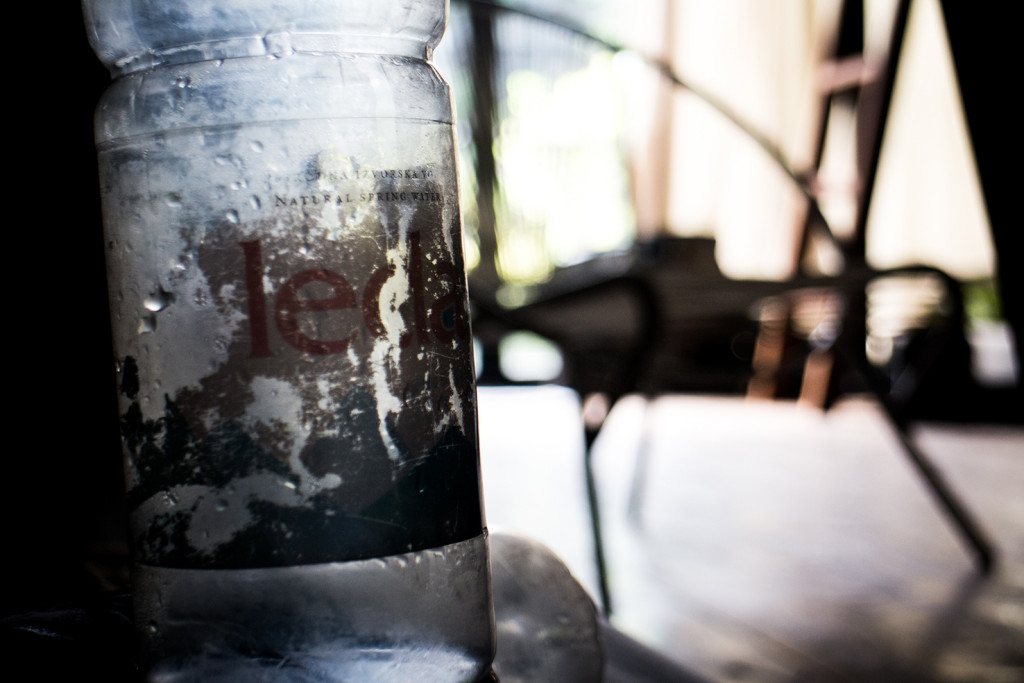 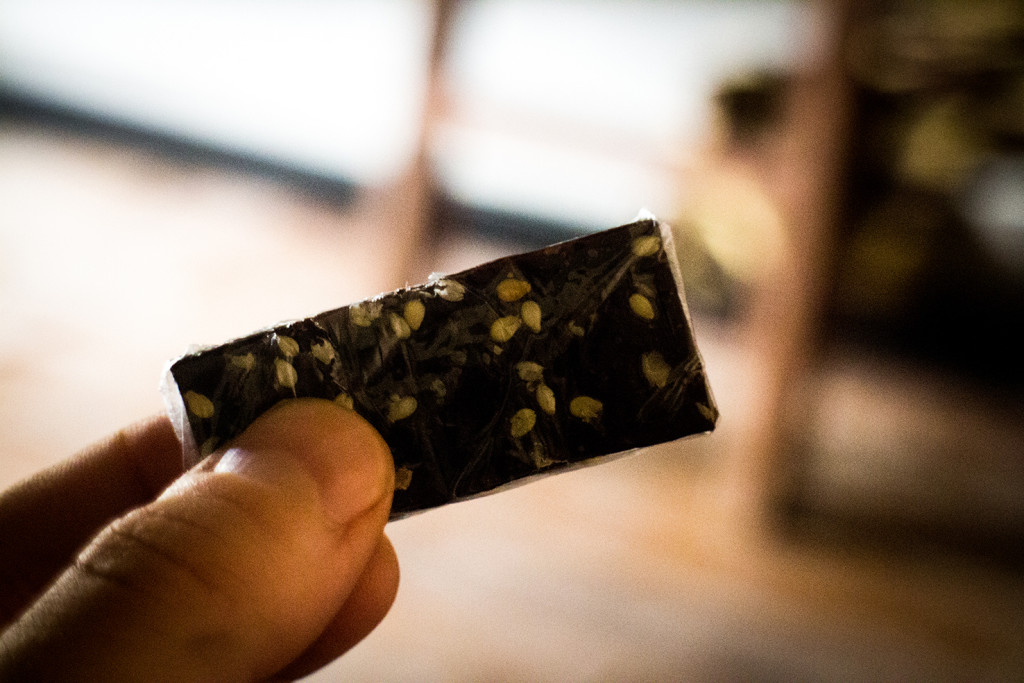 I found some Vietnamese banana candy at the bottom of my bag. Perfect for gluing your mouth shut.

In Bangkok I managed to catch up with Dave, Doug and Giles for the first time in eight years (I’m starting to think I might not actually be Peter Pan), and drank an incredible amount of booze, because in hot weather, it’s important to keep hydrated.

The rest of the time was divvied up between buying some clothes that would make me look less like Sasquatch at Mat and Lan’s wedding and taking The Tangerine Dream to pieces and slinging it in a box, which seemed to take a whole lot longer than it should’ve. 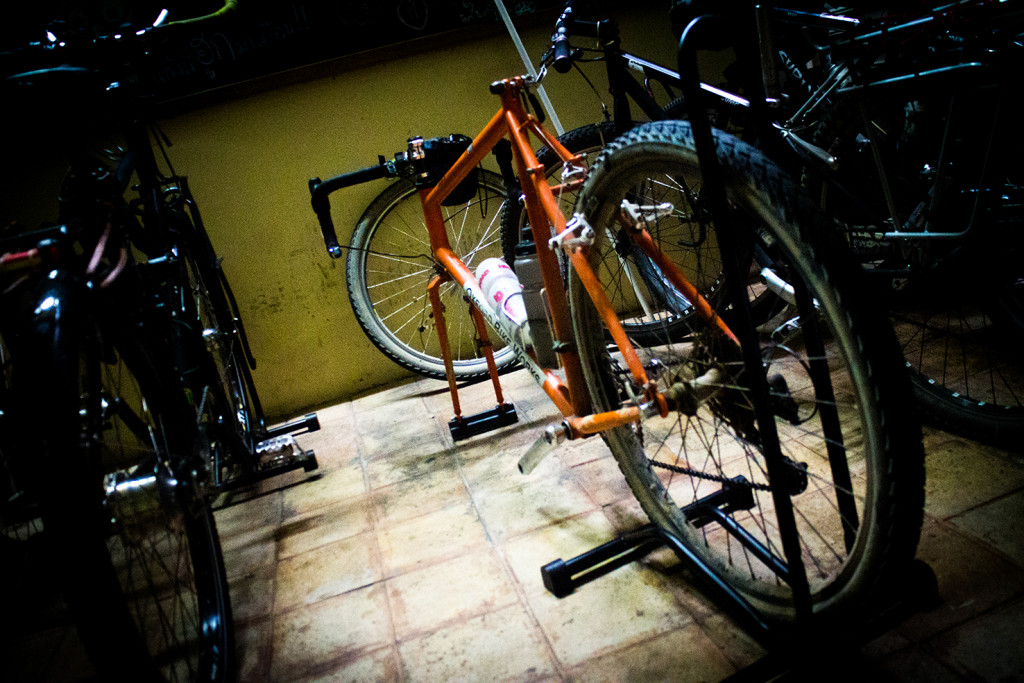 Time to take it to bits 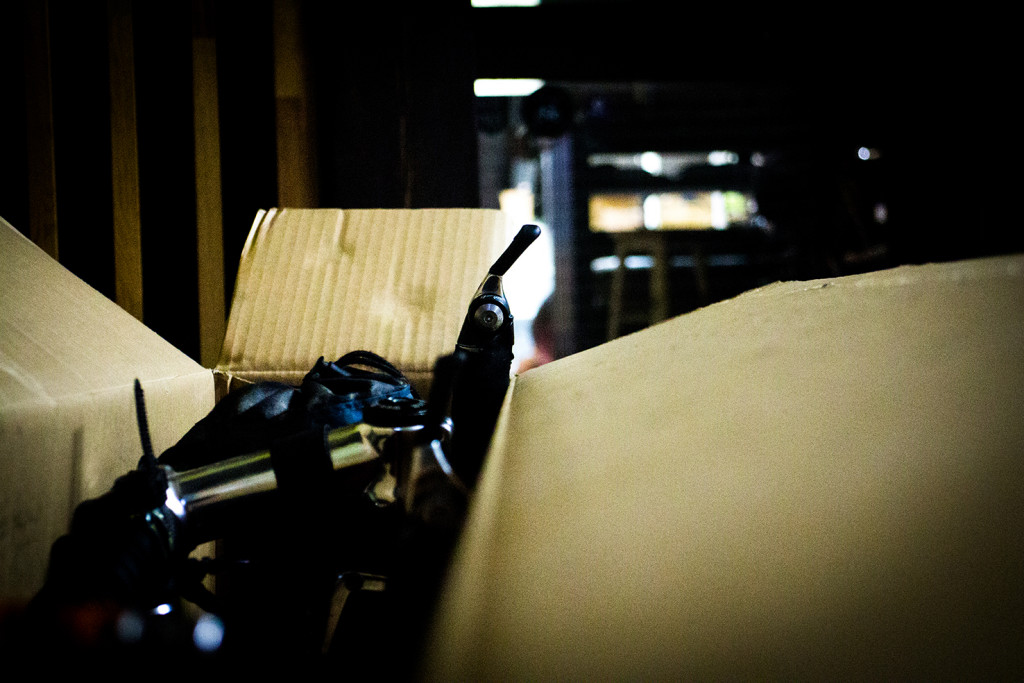 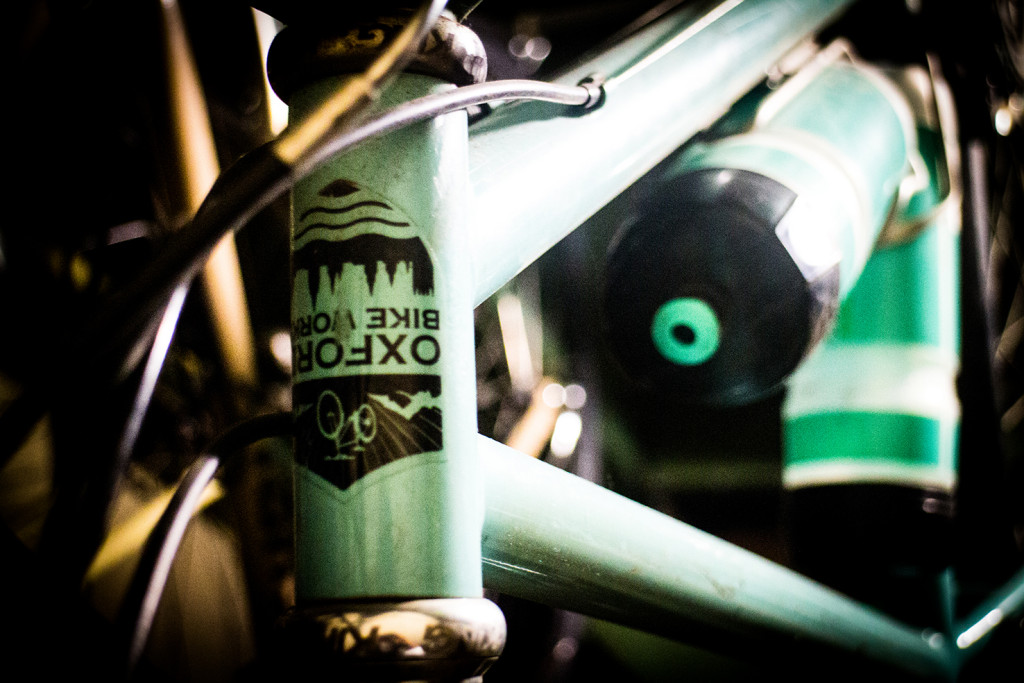 I feel like I owe Thailand and the rest South East Asia a bit more time to be honest, but there’s always time for more bike rides. 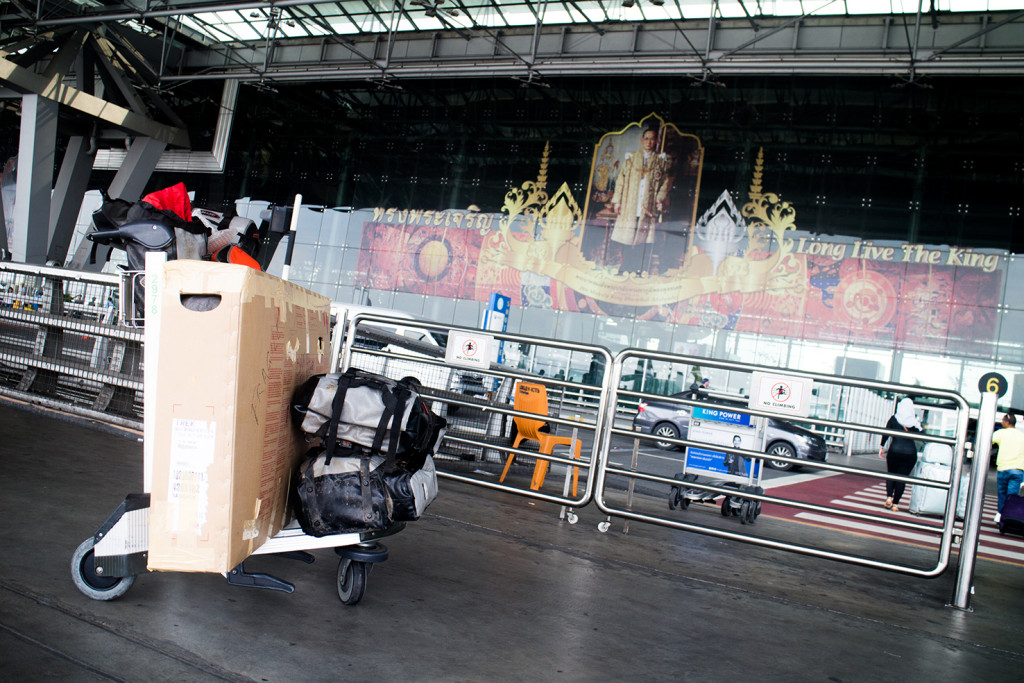